March 18, 2020
Up early as usual and began some work. Lorraine off to work, bearing lots of responsibility on her shoulders. I woke up with a plan for Skelton Yawngrave readings on You Tube starting soon.

Then an expedition: Beth and I drove off in a car club car to Sainsburys by the Vogue Gyratory. Fairly calm and civilised inside, although locusts had stripped the shelves of loo roll, pasta and lots of other groceries. We got quite a few things we needed, such as a couple of bars of soap and some toothpaste, and a few other bits and pieces. Luckily as we stood in the checkout, the people before us, who looked South American to me, were forced to remove some of the five packets of pasta they had managed to buy. We asked for one of them. Then we drove to Aldi just down the road, and I quickly dived in. Slightly more chaotic, and of course no toilet roll to be had for love nor money so I dived out again pronto. People in supermarkets are on the front line. A huge realignment might come out of this about what is useful work. As a weaver of marketing baloney half my life why was I paid more than a nurse or a supermarket worker.

I was sporting latex gloves courtesy of mum, as I zipped about.

Lorraine phoned me with reports of two twins at school loving my book. Their mother said they keep running to her to tell her what has happened next.

Did some writing, and trying to maintain some momentum. I find I am craving routine. Went for a walk to Hollingbury Hill again, this time taking a few muddier paths. I am finding that I am getting used to walking about up there. I have an aversion to bald hills, but have not felt agoraphobic up there for a while. With all the pressing problems, perhaps imaginary ones have no space any more. Quite comforting to be up there thinking about the Iron Age.

By tea time it was clear that the government are going to close schools to all but vulnerable children and those whose parents are doing essential work. Quite how this is all going to work is unclear as yet. Lorraine full of energy when she got home, but after a glass of wine and some food, needed bed early. I stayed up for a short time watching a series on netflix called Grace and Frankie, with Jane Fonda and Lily Tomlin, which is a bit cheesy but it is good escapism. A view from the top, a bit of the path on the wall, and a birds nest in a tree, which I thought was good in Black and White. 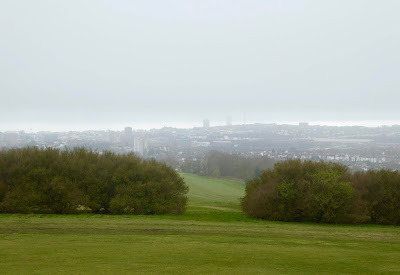 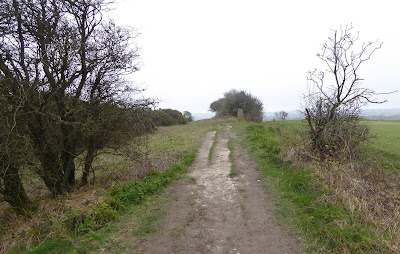 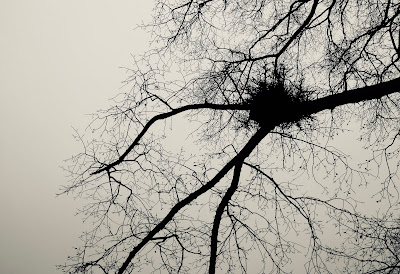