Coaxed up to the cats

August 27, 2019
Really hot again. Lorraine off to school early to do some work before going to the gym to meet Rosie, now fortunately released back to the wild after being in hospital, for a spa. Lorraine dropped me at Preston Park, and I travelled up to St Pancras to start a few days work at the agency in the building with large black cats by Mornington Crescent. Happily an incident free journey, and I arrived fresh and on time.

A nice job, writing an animation for children for a pharma pitch. Was in a meeting being briefed inside ten minutes, which is a bit of a novelty, working with a good art director called Kasia, who had to leave in the middle of the afternoon as she was streaming with a cold and feeling feverish.

I managed to get an early train back to Brighton, where I sloped into town to meet my old university pals Dave (Swifty) Morgan and Amanda, who were sitting outside The Dorset. Amanda now happily living in Shoreham, and David about to start a new job in Oxford University to do with studying future trends.  I had a slow couple of drinks and a long chat. Then I taxied back home to have a late supper of cheese on toast before an early night. Lorraine had a good time with Rosie, who she said had liked my children’s novel,  which I found greatly buoying as she is a literacy advisor for children. 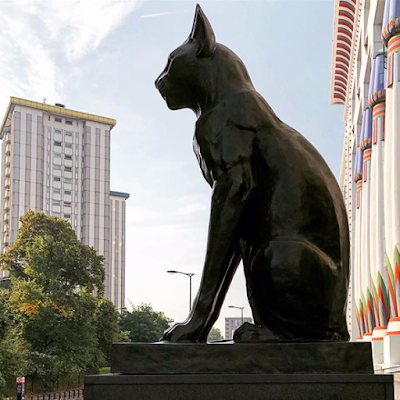