Cancelled flight, and a bonus night

August 10, 2019
Barely heard Toby and Romy creeping off this morning at an eye-watering 4AM. I had a nightmare about a brother that disappeared, and woke up in a strangely Toby and Romy-less place.

The rest of us got up early, finished packing, and all had a last dip in the incomparable pool. Tina arrived at around 9:45 as we were zooming around. I was ironing one of Lorraine's tops, and she took it from me and finished it. We all really liked Tina. Then final things squeezed into the car, and we set off for a last mooch about in Noto, where we had granita breakfasts, and looked at a few places. Another swelteringly hot day. As we were making our way back to the car to drive up to the airport, Lorraine got a message from EasyJet saying our flight had been cancelled until tomorrow.

This all a bit horrible, and under some stress we managed to book a room in a hotel in Catania urgently for tonight using our phones. Trying to get everything else sorted was hard, and Beth and John were great at making phone calls, to little avail however. We drove off to the airport anyway, as we had to return the hire car. This dropped off, we caught a taxi to take us to the two addresses, one to pick up keys, and the second to our boutique holiday apartment. When I walked into the courtyard of the first place, it was hard too see where to go. However two ladies appeared smiling. Their machine wouldn't accept my credit card at first, which gave me a bit of a nasty moment, but did the second time.

Our apartment was quite pleasant, essentially one big room, with a mezzanine on which was a bed. Beth and John slept on the sofa bed that had been made up for them. It was a blessed relief when we finally got in there, as the air conditioner had been left on.  Brief doze and then a bonus night out in Catania. Had a cold beer in one corner restaurant, and then went into the Piazza Duomo where we had pizzas and lovely desserts. Returned home for a bit of card playing, and some more beer. We couldn't finish what we had bought.

News that Toby and Romy had made it home to Toronto safely.

The air-conditioning, did not really reach where Lorraine and I were sleeping, so it was a warm and sweaty night for us, and a cool one for Beth and John.

Below Noto in the morning, a last glimpse at the pool, and the bottom three were snaps in the Piazza Duomo. 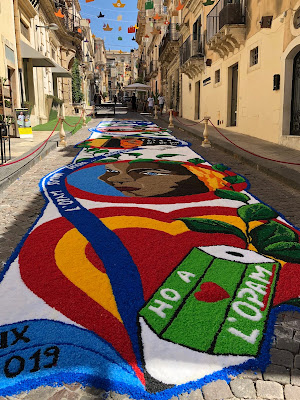 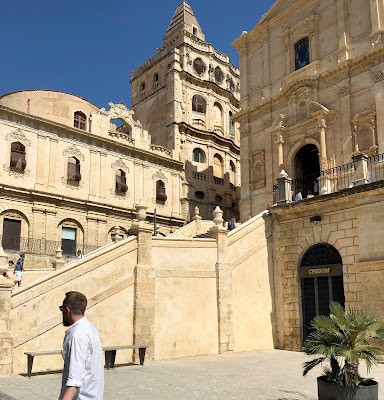 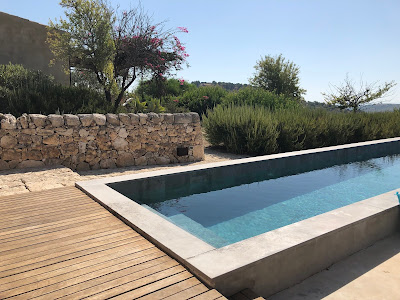 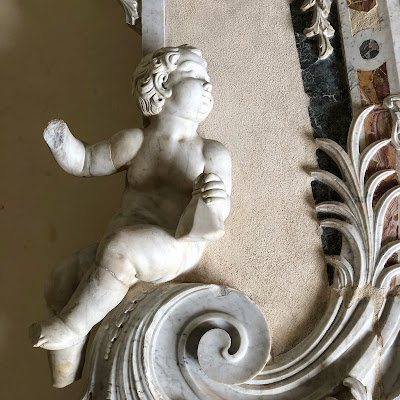 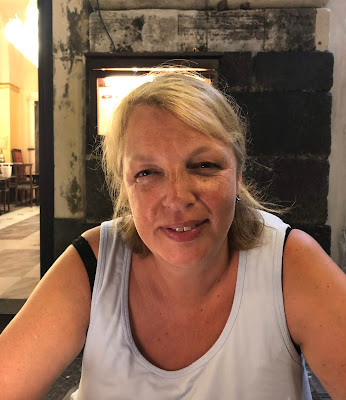 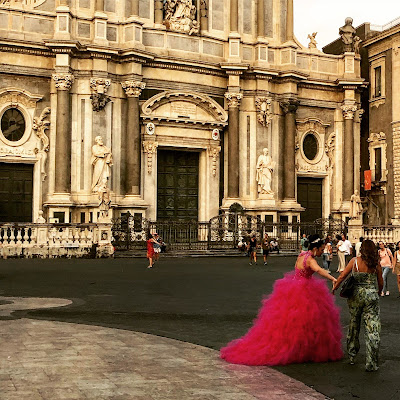 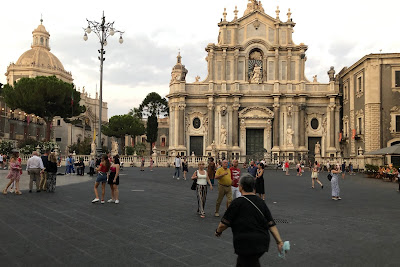