August 24, 2019
Such a beautiful day, we decided to go for a spontaneous trip to Dungeness, which had so taken my fancy last year. It meant that we could pop in on Pat and Maureen too on the way home.

Gorgeous day, and we drove along the coast through Hastings and eventually found our way to Dungeness. It is a strange landscape, very flat and no trees, so that anything vertical can be seen for miles. Gives me slight feelings of  overexposure there, but it is manageable. We walked from the car down to the pebbly shore, and Lorraine spotted something poking out of the water. On further sightings we decided it was a seal. Every now and then it would disappear, and on one occasion I saw a sizeable fish leap out of the sea, obviously fleeing a predator.

From here we mooched about in the heat. A surreal landscape. Passed by Prospect Cottage once owned by Derek Jarman. It would be lovely to look more closely at the garden. We stopped off at the Pilot for a cold drink, before driving along the coast to Dymchurch, where I had never been. We parked in the martello tower car park. The beach went on an and on, and was really sandy. We walked along in the shallows on the sand, and then out of the water, to look for food and stop at the amusement arcade Lorraine had gone as a child. There was the same ghost train there, and she remembered going on it with her Auntie Rose.

Next we bought fish and chips which we ate on the concrete sea wall, Lorraine chatting with a friendly man who had worked at Dungeness a bit after Pat.

Then, feeling just we had spent the day by the seaside, we had a short drive to pop in for a cup of tea and a chat with Pat and Maureen, who were enjoying the darts on TV. We lent Maureen a hand, a small plastic joke one, and drank tea. All the doors open as it was really hot. Pat's birthday this week, and Lorraine will go down to celebrate, I will be working in London. Maureen talking to various people in the family about Rose's funeral which will be in a couple of weeks.

A drive home then, and back in time to see Match of the Day, and Chelsea record their first win of the season, against the mighty Norwich.

Below various scenes at Dungeness, including the seal (of approval) and Jarman's old place with yellow framed windows, a strange figure in Dymchurch, and a view of the long beach. Meanwhile Toby and Romy sent us this picture of them by the Beaufort Sea, north of Yukon Territory. Brrr! 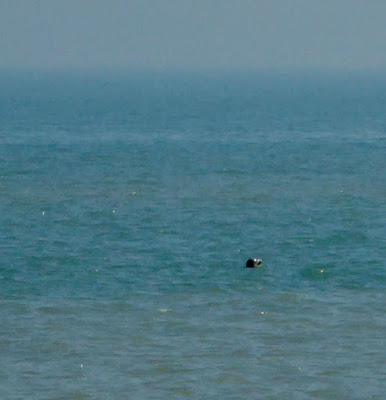 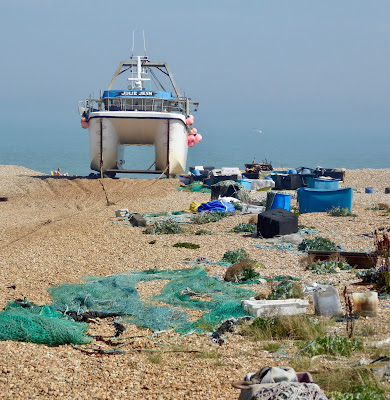 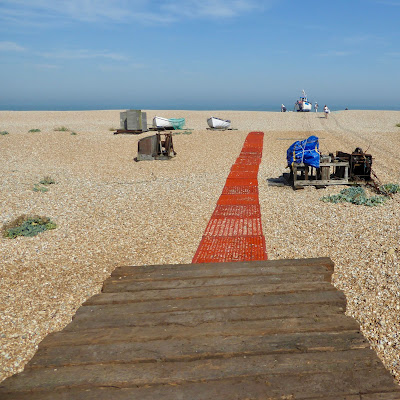 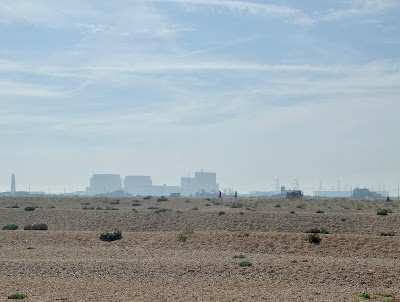 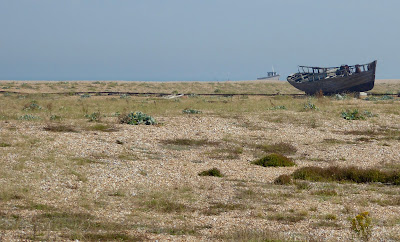 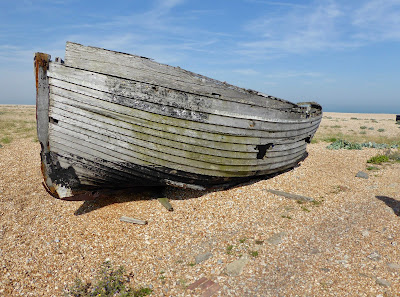 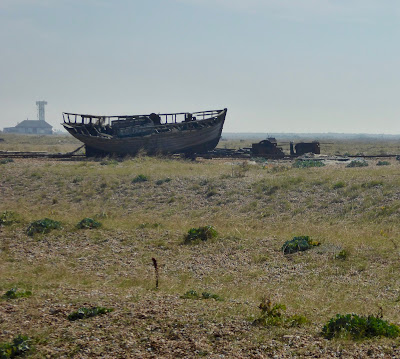 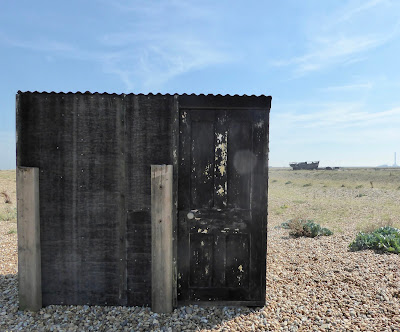 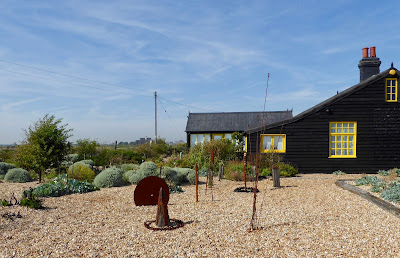 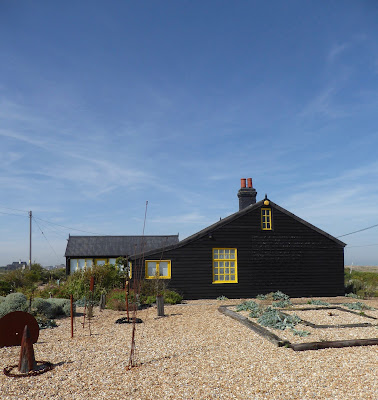 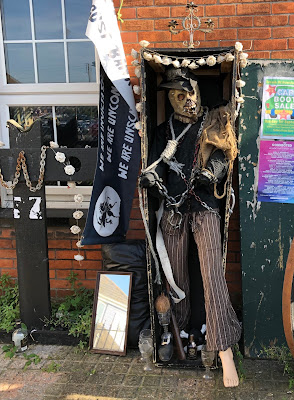 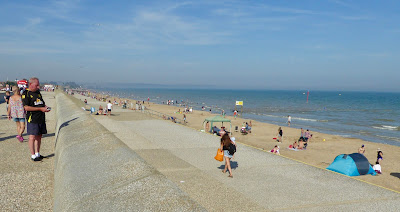 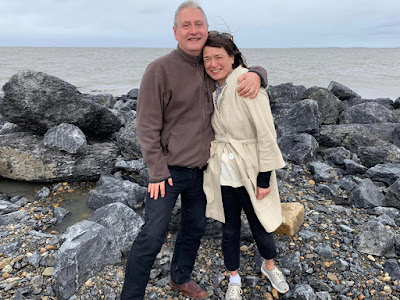 Richard Fleming said…
Check out this wonderful sequence by Derek Jarman from the film, Aria. A compilation of various directors' responses to famous operatic arias. For my money, Jarman's is the best.
https://www.youtube.com/watch?v=39FJnWxCCm0