August 01, 2019
Off to Scicli, in Toby's car. Driving across a mostly farmed landscape of stone walled sunbaked fields. On the roads everyone drove at more than twice the speed limit, and tailgating each other as standard. A place where people drive as if they had just robbed a bank. Through a couple of small towns before we reached the outskirts of Scicli descending in hairpin bends down into the city. Then the task of driving around in the narrow streets until we were able to find a parking place.

Then we mooched about the place, another baroque town, thanks to the giant earthquake. It is also famous for some of the Montalbano TV show being filmed here, including the steps into a building with doubles as the police office. We paused to have coffee and then went somewhere else for gelato.

From there we caught the baroque train, a wee little train that drove around the town. This did not reveal too much we'd not already seen, however it was great fun. The driver explained that we should keep the tickets which would get us a discount on similar trains in other towns. However, this was all in Italian, I was quite pleased I was able to just understand him.

Then a drive home, pausing in a Sicilian Lidl, to stock up on a few essentials, then home for swims. Tina came again, and this time served us courgette flowers stuffed with cheese and asparagus and other delights, plus veal stuffed with pine nuts and other wonders. All proceeded by small baton like pasta in a pesto, which was divine. Really gorgeous stuff.

A bit more gekko watching, and then inside for a quick game of Euchre before bed. 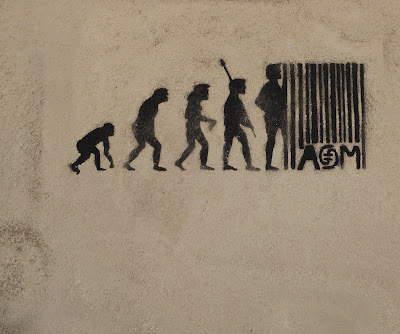 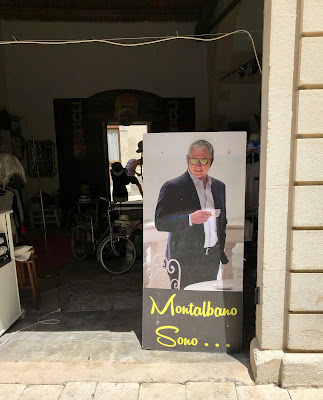 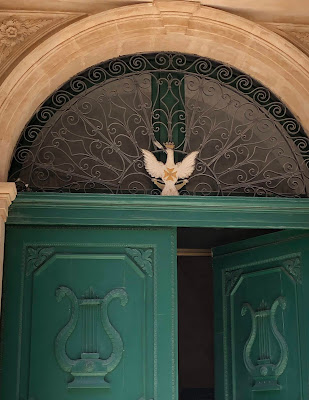 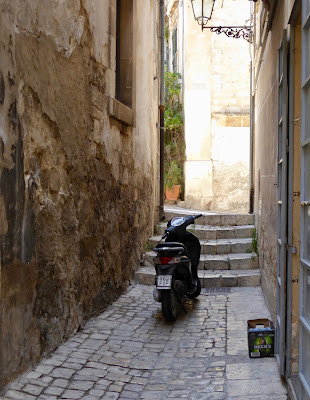 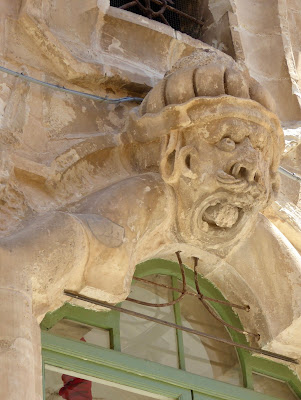 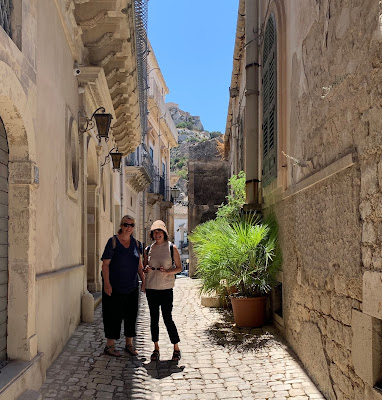 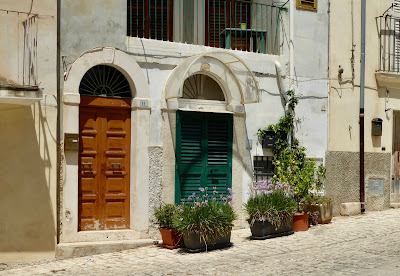 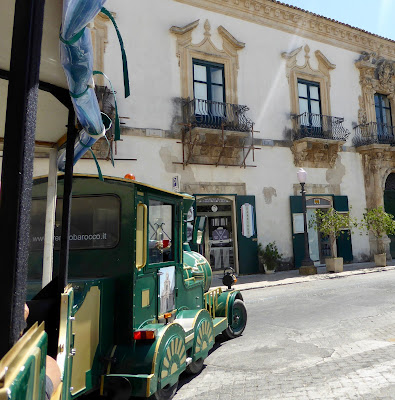 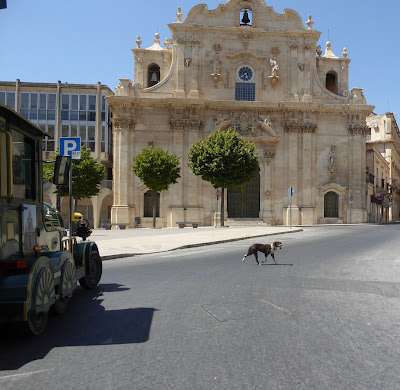 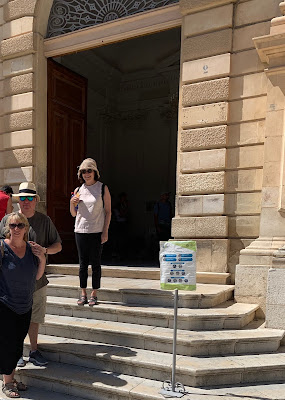