Up to the temple

Started writing a poem about something, which quickly morphed into a poem about Hollingbury Hillfort, the pandemic and so on. It arrived almost completely formed and has promise. Had a meeting with Robin, and pressed ahead and rerecorded some bits. I worked out how to use Audacity to remove the worst of an irritating whine from the interview I recorded with Pascale. We are going to go live soon.

Painted the ceiling again in the bathroom. Spoke to Mum this evening, who had been to have a MRI checkup, the MRI machine is now in the car park and she was pleased she have her coat on as all the doors and windows of the hut were wide open. She had taken the tube there, for the first time in months, and she said it was okay as it wasn't busy, although there were people without masks.

When not writing or editing or painting I mooched about looking with new eyes at the Hillfort today. The top photo is of a little rise in the land, which apparently is where the original fort wall was. I read the site has bowl barrows in it, which I have not looked at properly before and may there may have been a Romano-Celtic temple here too.  A long thin slope indicating a wall photographed below. The photo flattens it so you can't really see it. Also some lumps in the ground that I fancy are the remains of barrows, from afar and nearer. 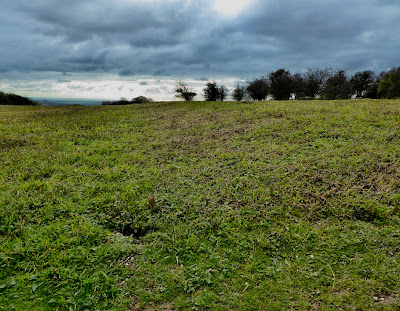 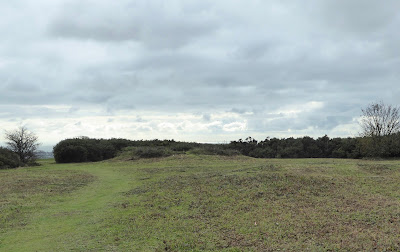 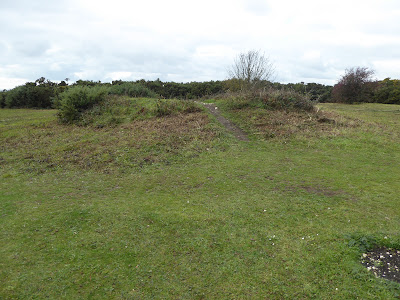