January 21, 2020
Up early and carrying out a box of tools to Max's car as I saw Lorraine off for the day. She will be able to drive herself to school in a few weeks. Max has been great.

Off out for a walk a little before noon, wearing sunglasses as the sun was low and bright and I was walking due south to the sea. Listening to an improving self-help book on self esteem. Good to read these kinds of things from time to time, as they are full of common sense reminders. Reached the calm sea, and popped into the Sea Life centre again, and even had a cup of coffee while gazing at a big tank full of grey mullet, rays, dogfish, guilthead bream, and a large ballan wrasse. I figure if I go there a few times I shall have a brilliant idea.

Then a brief crunch about on the pebbles under the pier, and I walked home to continue my work having completed my 10k paces. Discovered Music For Installations today on Spotify by Eno. Mostly a collection of generative music, it includes the music from the installation at the Montefiore hospital in Hove I wrote about here. For me it was an excellent discovery of hours of perfect music to work and think to.

Pressing on with my short story, which is very me, whether this is a good thing or not remains to be seen. Working title: The True Confession of the Karma Chameleon. Set up a meeting with Andrew, a Business support advisor in Sussex at the Federation of Small Business mainly because he got in touch with me. He naturally will have some kind of angle, but it might be useful to flex local connections and learn more over a coffee. Wrote to the teacher at St Mark's school. Lorraine showed me a child's book recommendation at her school, which was for Magnificent Grace.

Felt good today, as I stayed well within my calorie allowance for the first time in a while.

A note from Richard today, with a picture of Jane's new book Barking Mad, of which she had shown me a few early chapters some time ago. So glad she continued with it. It is a book for that great pack of dog lovers, and people who like amusing travel stories. There is a potentially huge audience.

Below the snap Richard sent of Barking Mad (I think the illustration style works very well), the octopus at the Sea Life centre, and a snap under the pier, there almost seems to be a Union Jack buried in all those lines, and a Skelton Yawngrave meme based on my Mum's painting. 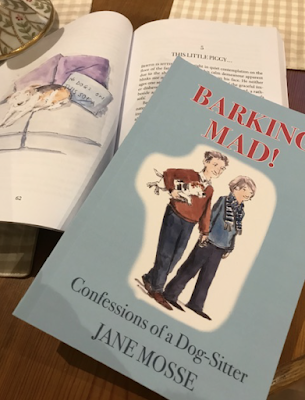 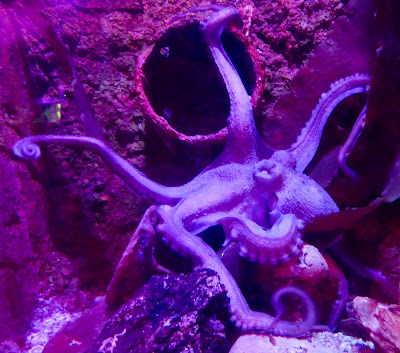 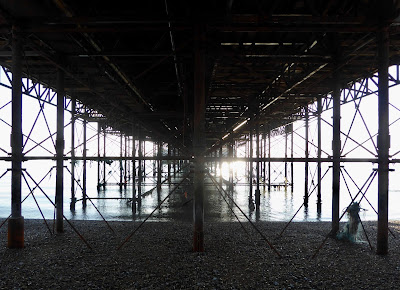 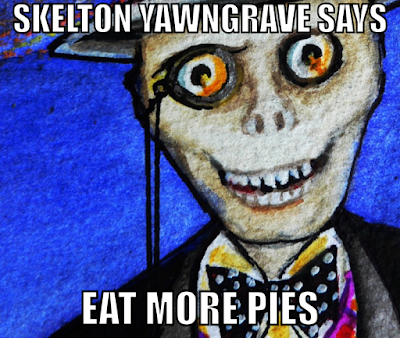