January 22, 2020
Lorraine and I had a poor night's sleep, compounded by an alien cat getting through the cat flap and a howling fight breaking out at 3.00 AM.  Nevertheless pp early with Lorraine and competed the first draft of my new horror story by about noon. Still tinkering with the title. I will put this aside now for a couple of days. Right now I like its stalkerish creepiness.

Then three small boxes of books arrived containing a few dozen copies of Magnificent Grace. I had been dreading the moment I opened it looked through a copy and found a howling formatting error or something. Luckily, I could find none and pronounce myself satisfied. There was something very satisfying about popping open a box of books and seeing this story finally realised in book form. Now there is the business of taking it into schools. Put out the standard box shot on social media, and had some nice attention -- even a couple of people saying they would buy it. Maintaining cautious optimism.

Off to the gym for a decent session, and after I popped into Anton's house I dropped off Klaudia's card for her birthday tomorrow.

Lorraine home early and we had a vegetable mash with sausages, and watched another episode of Wisting, and Good Omens, which Lorraine likes lots. 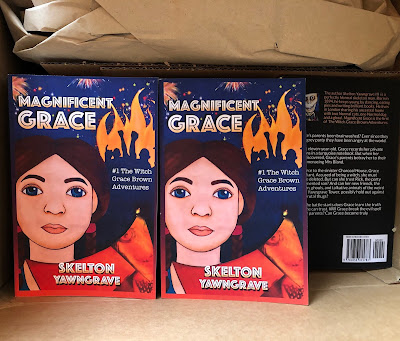 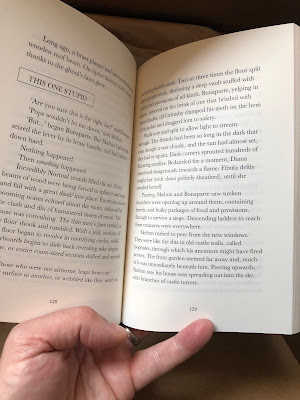 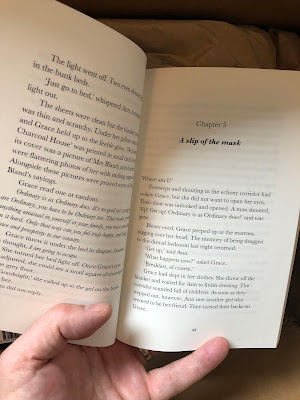