To Kent in a rainstorm

January 26, 2014
Lorraine and I up fairly early and drove off to Kent today to see Pat and Maureen. Rainy day, with the spray from the road coating the windscreen all the time. We listened to the Kermode and Mayo 'wittertainment' podcast en route, thanks to a new plug in gadget Lorraine has got which turns the iPod into a radio signal the car radio can pick up.

Off to have a nice Sunday lunch at a nearby pub called The Blacksmith's Arms with Pat and Maureen. A nice pub decorated with dried hops hung around like vines as is traditional in Kent. We all enjoyed a decent Sunday roast, homemade tomato soup, and a traditional bread and butter pudding for dessert. A really nice pint of Golden Sheep beer served there too. The waitress twice bringing a beer to the table and looking quizzically at me, Golden Sheep? she'd say. Yes that's me, I'd reply, fleecily. Maureen being funny as usual, talking about a Belgian brewery visit they made years ago, I've never seen so many chicken spits, she said.  She and Pat were interested to look at the pictures from Japan, which Lorraine took them through. We made Maureen try on the Japanese pinafore that Hiroko had given Lorraine.

Home driving through the sheeting rain, but fairly swiftly. Lorraine talking about her work challenges and arranging them in mental boxes. A quiet night once we got home.

Below the Maureen in a Japanese pinafore, and The Blacksmith's Arms in the rain. 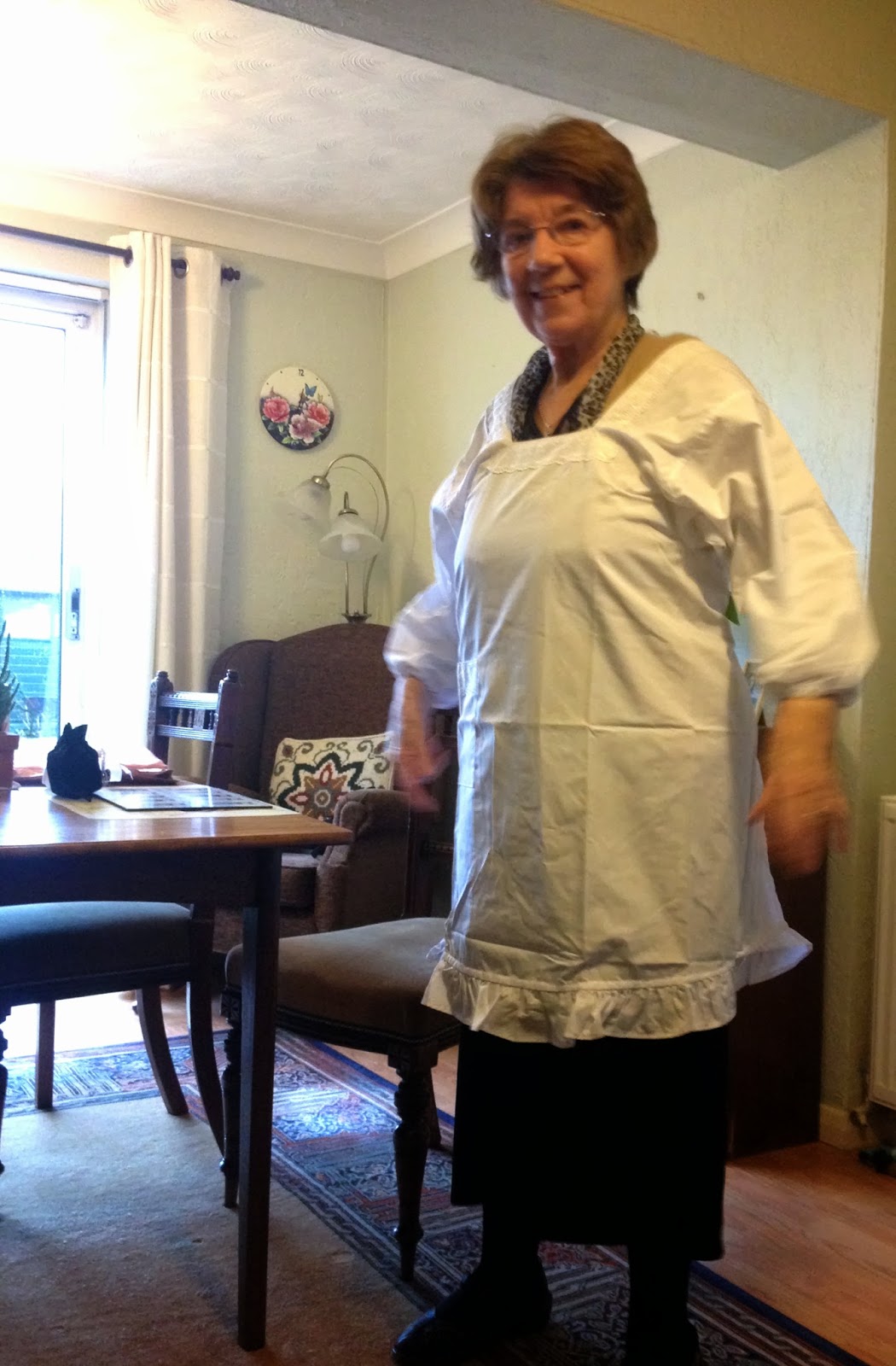