An awayday with Mum

January 21, 2014
Up fairly early and catching up on some admin. Also writing to Mike Stirzaker, an old friend from university. He was dating a woman called Clare when we were at Warwick, and they are still together and have had two daughters. Quite impressive.

Off to meet Mum in London. Was slightly late leaving, and missed my train so was annoyingly late. As the train left Brighton there was a big pall of smoke in the sky, seeming to come from near our house. However, when I got home everything was okay, except for a trace of lingering smoke in the air.

Good to see Mum. Met in the old gin palace of The Salisbury, and after chatting there for some time, and giving her a lovely dragonfly broach Romy and Toby had bought her, and a Japanese ink brush that Lorraine and I had found, we wandered into Soho's Chinatown where preparations are clearly underway for Chinese New Year, which is being celebrated here on February 2nd. Rather than the Japanese who have aligned it to the calendar and start it as the year starts.  Either way it is good for people who are plagued by sore throats as it is the year of the hoarse.

In Gerrard Street a man slipped on a horsey token and cheap beads onto mum's wrist and suddenly wanted £20 for these charms. Eventually we had to be stern to shake him off. We ducked into the Four Seasons restaurant and ate some reasonable grub. The service was abrupt as is standard in Chinatown, and my days of finding this charming are over. Compared to the immaculate service in Japan or the warmth and friendliness of the Shahi and other Brighton restaurants it feels unwelcoming.

However we had a good time chatting and chop sticking our way through a couple of dishes and lots of rice. We wandered out, past where Mum used to work when Ronnie Scotts was located there and she told me that Stan Tracey house pianist and British Jazz legend used to give her baby clothes for me. She also said that he was so off his face sometimes that he would play runs along the keyboard until the keys ran out and he slumped over the side.

After returning to the restaurant to collect her cossack-like hat, we pushed off to the Portrait Gallery to squint at some portraits. Looked at portraits of the Tudors, including the one of Thomas Cromwell hero of the Hilary Mantel book Wolf Hall. Also looked at more modern paintings, including a rather astonishing one by Lowry, a self portrait of himself with red eyes.

Fond farewells with Mum, and then off home and Lorraine was already home. Then the execution of a new strategy: a home delivery of groceries. A penetratingly good idea.

Below Mum in Gerrard Street, and Lowry's self portrait at the National Portrait Gallery. 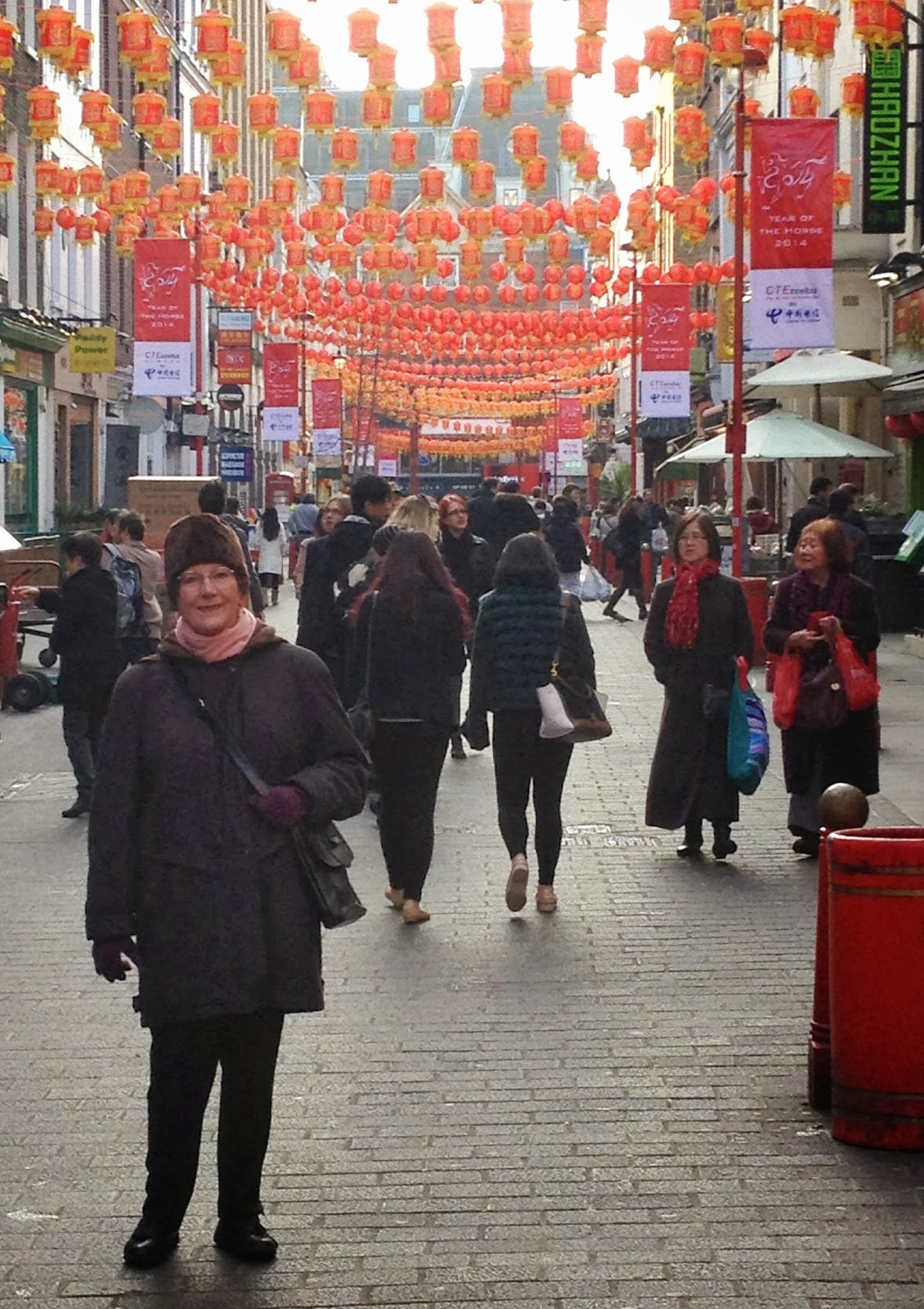 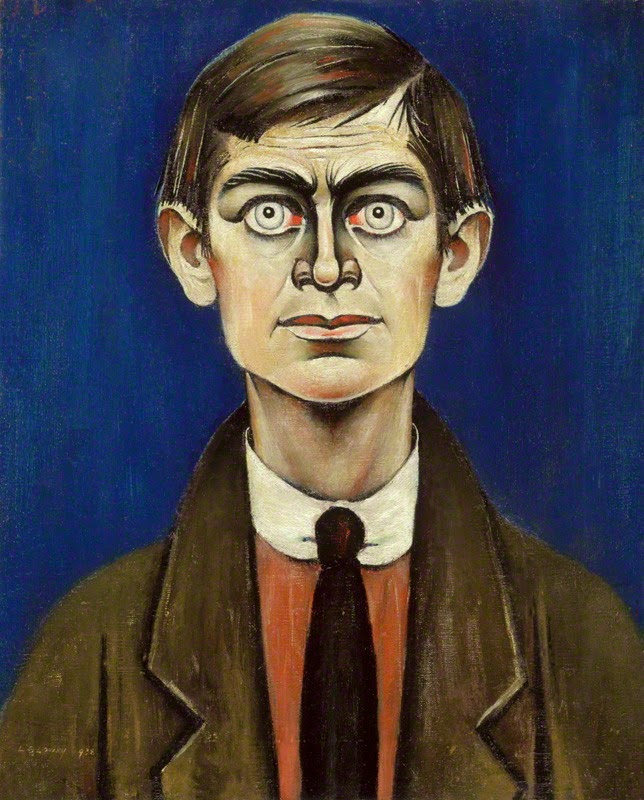