September 05, 2020
Woke up noticing my hands were still covered in wood filler, particularly one of my nails. Made some tea than had to gallop downstairs as there was someone at the door. It was Rick from around the corner, with a little box containing what Adele had said was an early xmas present for all our glassmaking friends, me included.

Took this up to bed, and was somewhat gobsmacked to discover that it was a mug, in green, with the words I had come up with the other day for Jane's birthday on it, and a picture of my stained glass piece. Turns out that Adele had made one for everyone. Felt a little embarrassed but very touched by this. Thanked Adele by text profusely. The legend says 'May the lead in your life always keep your colours together'.

Lorraine needing a day of recovery. Into the garden we went, and had some adventures. Harvested some of our potatoes from sacks. Some were little bigger than peas, while others actually looked like small potatoes. In the evening we ate them crushed on top of a fish pie that Lorraine had made, and they were delicious. Did various other bits, moved pots about. Our tomatoes looking good too. Weirdly excited by things we have grown or foraged this year. Maybe this is what happens to you when you are 60 and living through a pandemic.

A long chat with Mum this afternoon. Fish pie as mentioned before, this evening, and Lorraine is liking watching Death in Paradise on the BBC iPlayer. We are watching ones from he first series, that neither of us saw, and it is a little less cozy than it became later.

Below a picture uploaded today by a former classmate on Facebook of the rugby team of my comprehensive school Copland High School, in Wembley I think I was 12 here, maybe 13; tomatoes (and my wood filler coated fingernail); tiny potatoes; and the mug Adele made. 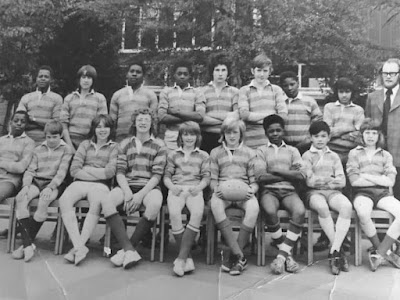 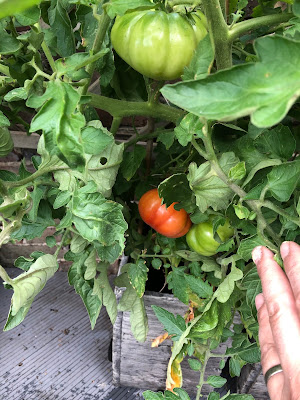 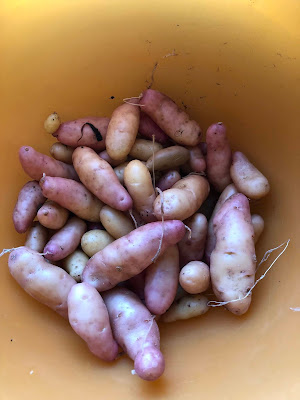 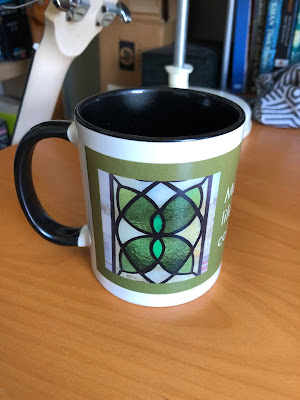 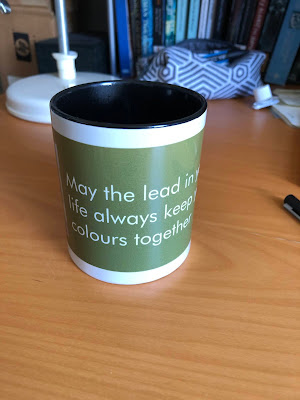