A warm thank you in a cold wind

Edited the interview with Elizabeth this morning, and chatted a little with Sonia. She told me about seeing a young homeless guy in a doorway crying when the rain started, and how she felt helpless to help. She has altered her time to come, to avoid the children on the bus.

Made off to see my glass buddies at 12. There had been a conspiracy led of course by the huge hearted Adele to surprise Ben with a thank you present from all of us, partly because there can be no class this autumn. There was a card, and a tee-shirt with an eleven pointed star symbolising the eleven people involved in the glass group. I had to get there early to inscribe a, ahem, poeticalish thank you in the card.  Best of all three of them, Adele, had created windows with the letters B E & N on them. Ben was a bit overwhelmed I think. We had gathered in our usual place in the park, and there was a very cold wind and so on, but it was a lovely thing to have a small part in.

Afterwards I came back home, and had a meeting with Robin, did some recording, finally, finally arrived at a name for the podcast: Planet Poetry. Both of us in a really good place with it, now. A great way to end the week.

Afterwards I did a few circuits around Blaker's Park. The sun had come out and was lowering lowering through the turning trees. Two groups of teenagers fresh from school, sitting on benches puffing weed, without a care in the world.

Home and Lorraine back from school a bit shattered. I collected a curry from Red Chillies, and we had a relaxing evening, conscious that the weekend has only just begun. Both felt very content to be eating our takeaways, watching Death in Paradise. What is the world coming to?

Below Ben, and his class of 2020 shirt; Jane and France; Adele, Jane and Frances holding the letter windows up behind Ben; Ben, Rick and Adele; Kate and Deana; later in the afternoon a burst of sunlight in Blaker's Park. 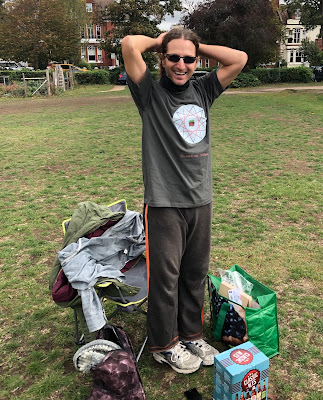 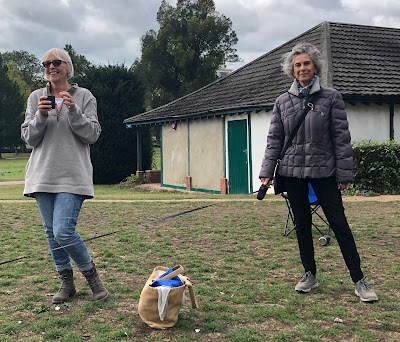 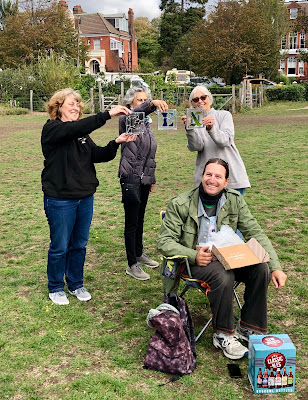 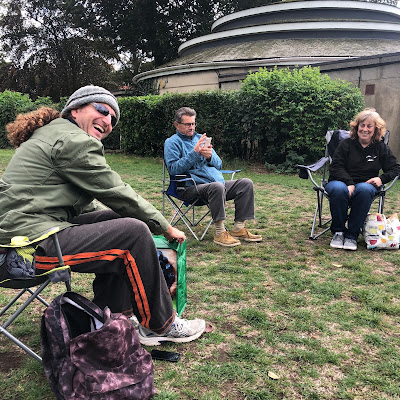 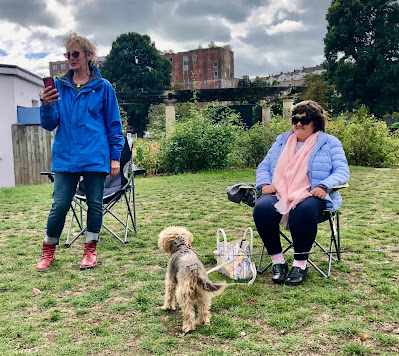 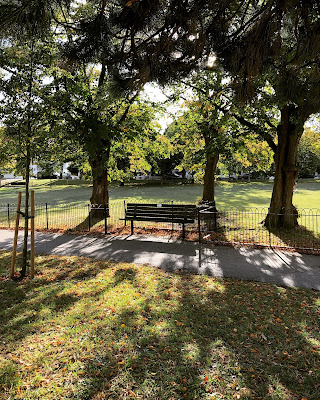