The pepper of bluebells

May 25, 2013
Up early and with a strong feeling that everything was right with the world. This mood lasted till we got downstairs and I discovered another appointment from the hospital in a couple of weeks, which sparked unpleasant speculation.

L and I drove off to our bluebell woods and soon Lorraine had helped me get things in perspective. The bluebells were gorgeous, although slightly going over. They were a full month late this year, but the air was full of the delicious peppery smell that the bluebells emit.

From the woods we drove into the village of Ditchling, and followed their open houses art trail. Various stuff there, including hand made furniture,  glass garden sculpture, paintings, photography and more. L and I bought a little print by Rosemary Pavey, who gave us elderflower cordial as we entered her studio. It is of a few white cows in a field by Chanctonbury Hill and to me looks like an illustration from a telling a legend.

One of the open houses was owned by the highly illustrious Herbie Flowers, the world famous bass player, who was there in person and being very chatty. He showed us his music room, and chatted while being busy sharing his tadpoles from his garden ponds with his neighbours.

Then stopped for a cup of tea and some gigantic scones at a local cafe, enjoying the novelty of sitting outside in intermittent sun.

A much needed quiet night in tonight.

Below into bluebell woods, glass garden sculpture on the Ditchling art trail by Miranda Ellis, Rosemary Pavey's chocolate box studio and some random Ditchling tulips that caught my fancy. 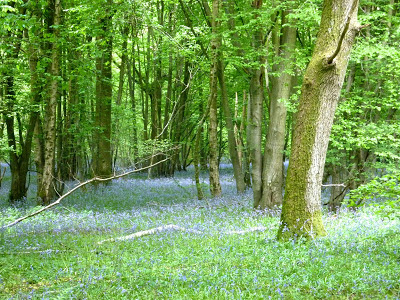 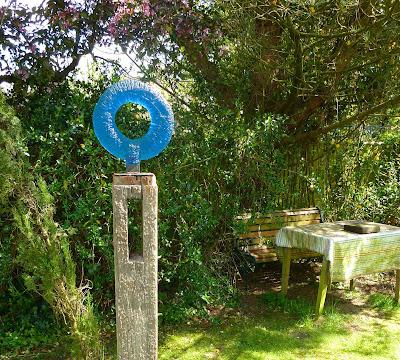 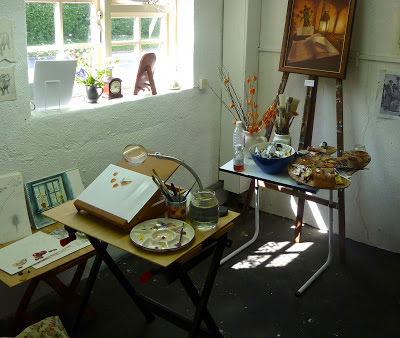 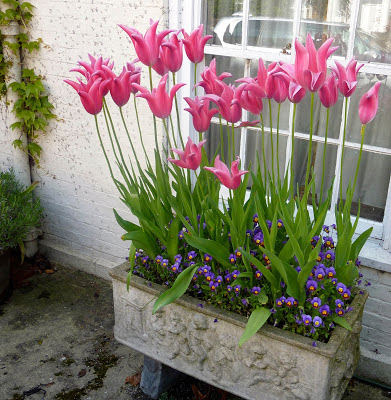