May 04, 2013
L and I up early and I zoomed around the corner for a Saturday loaf of chewy brown, and we snarfed down Quorn sausage and fried onion sandwiches. Made off then into town to see the children's parade, the North Laine packed with children waiting in sidestreets. Down one was Dawn, with a W pinned to her teeshirt and a large Wallace from Wallace & Gromit towering over the children.

We shuffled along to New Road and watched the parade. After a while though spots of rain began and eventually there was a fine but soaking rain on the parade, which was a shame. Cold and wet, L and I returned home via the supermarket and L began cooking a spinach and potato and goats cheese quiche for the arrival of Sue and John.

Toby called this afternoon and we had a long chat. He is thinking of moving schools after nine years.

Then Sue and John arrived from the Cotswolds and we sat about shooting the breeze for a few hours before eating another of Lorraine's delicious tagines.

In the evening we went to see our first event in the Festival In and out of love a show that threaded together pieces from opera and light opera together with a dramatic thread about the lives of two singers. It starred Red Gray and Marcia Bellamy who did a wonderful job with the singing, although the acting needed tighter direction. A very enjoyable show however, featuring songs from Mozart, Weill to Lloyd Webber and the dramatic thread between them nicely written by Stephen Plaice. Glen played piano for the show and did his customary excellent job.

Then we repaired to the Basketmakers for a cheeky drink before heading back to watch Match of the Day which featured John's beloved Arsenal.

Below some snaps from the Children's Parade. Immediately below Dawn (front left) with Wallace. 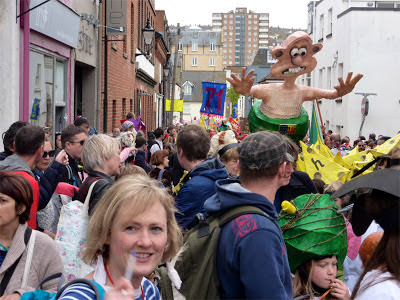 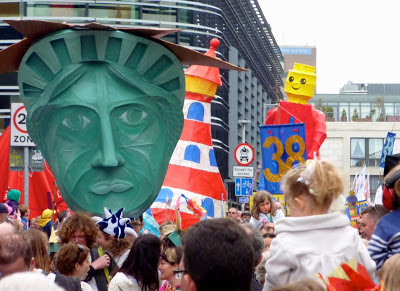 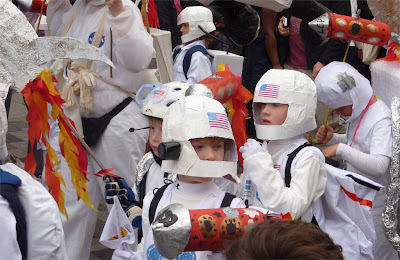 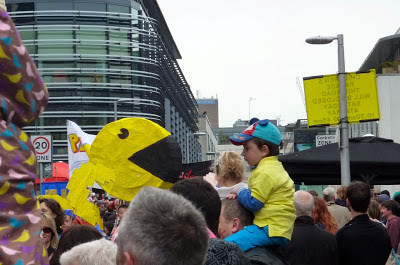 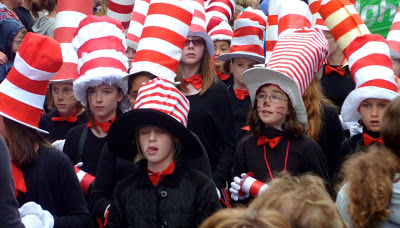 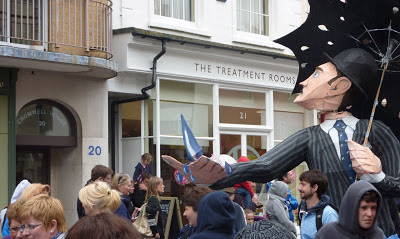 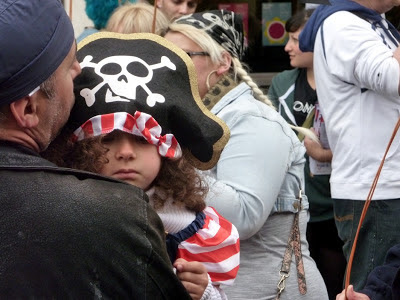