April 21, 2013
Somewhat hungover this morning, so I got up early and cleared up somewhat, and then lurked back in bed with Lorraine sipping tea, and feeling delicate and wan.

Eventually got up, and so did First Matie. We decided to go out for breakfast, and we popped into a cafe that used to be called Nia, but is now labouring under the name Soup-urb, an urban cafe and soup restaurant. I ate an English Breakfast, which I'd not had for some times. From there, we wandered about in the North Laine, delving for some time in Snooper's Paradise, a shop full of all kinds of unlikely second hand and antique goods. Later I bought a tasteful new manbag, and we three mooched down by the seaside, and eventually found somewhere to sit and have a nice cup of tea, and felt quite relaxed and cheerful almost as if I were on holiday. Actually feeling the sun a little.

Brighton rather lively today as the EDL, English Defense League, a far-right magnet for the stupid and obnoxious, were conducting their annual march. There were perhaps 100 marchers, but many times more in the protest opposing it. Heavy police presence in town, and apparently some scuffling here and there. L and I saw Kate onto a train in the afternoon, with fond farewells. The fascists were all gone, but unfortunately a bunch of EDL boarded the train at Haywards Heath having been shipped out of Brighton earlier, and were according to Kate thoroughly obnoxious on the train.
Lorraine and I back home, where Betty had returned briefly and was sleeping like a baby on the gold sofa after Laura's birthday party the previous night. Lorraine had bought the fresh fixings for tom yum noodle soup. Delicious. Lorraine and I had a little quiet time simply watching TV, which I was very pleased to have.


Below some snaps in Snoopers Paradise, including Lorraine standing behind an empty frame, with First Matie browsing in the distance. 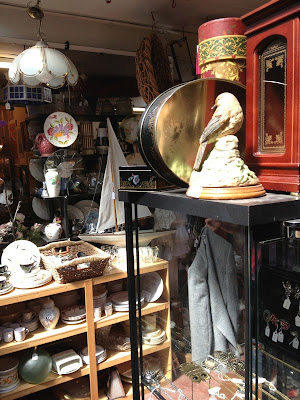 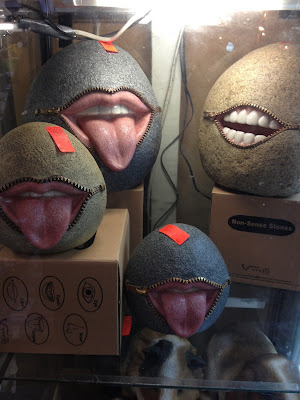 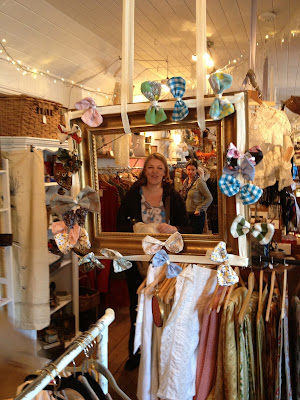 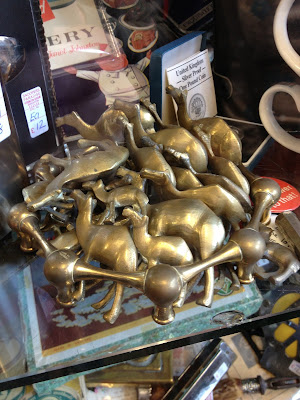