Me in hospital and Brian in the wars

April 15, 2013
In contrast to the blue beauty of the day, I was under a cloud of apprehension. I set off for Lewes by train and went to the hospital there for my pre-op. I was early and as the person before me had not turned up I was seen almost straight away, with my bottle of wee in my bag. Text from Jane while I was waiting.

However much I try, I don't fail to get agitated when having my blood pressure taken. This inevitably results in a high reading. As I was feeling very tense anyway this resulted in a very high reading. I then had to have a relaxing ECG, having clumps of body hair shaved off me. Luckily my heart was still beating in the approved manner. A no-nonsense nurse, made things even less good. Second nurse decided to do a blood test, but then had to get blood from my hand, dripping some on the floor afterwards. However I was released back into the wild with a date for the operation in a month. Apparently I am not allowed to sign any legal papers for two days afterwards.

Rapidly feeling more relaxed, I walked back to Lewes station. I always come out from encounters with medical people feeling as if I am lucky to be alive, and could drop at any moment.

On return found that Brian had been in a hell of a fight, and had tufts of hair pulled out of him all over his body, and he meowed pitifully when I stroked his head. I left him to sleep, but by the time Lorraine got home he had not improved. L drove us off to a vet who said that at this time of year un-neutered Toms roam about and will attack other male cats. Brian had a nasty puncture in his throat, a nasty shoulder wound, plus lots of scratches.  His coat was covered in saliva, mud and blood, and his claws had clumps of fur from the other cat. A cool £130 for this emergency service, which included antibiotics, painkillers and so on but it was the only thing to do.

Wrote a piece about Thatcher for my notebook blog.

Below in the afternoon I managed an hour's walk in this weird sun stuff. Wandering down by the sea something of a delight. Photos below nothing spectacular, but at least evidence of it not raining for a day. 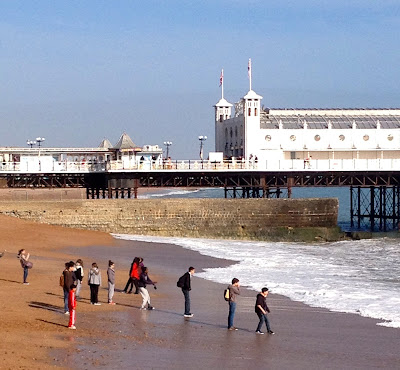 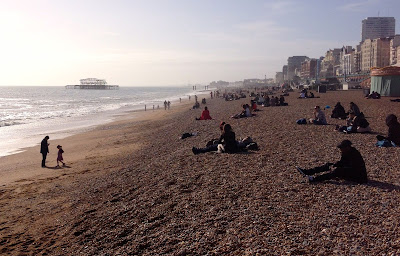 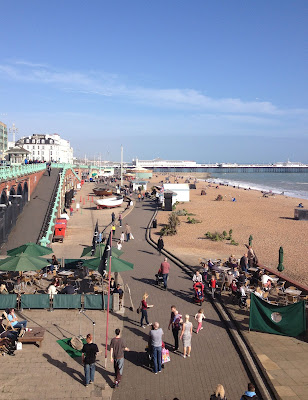