December 31, 2013
Up early again, drinking tea and packing in our tiny roomed Ibis Styles hotel. It had served us well, however. Leaving our bags in reception, we ended up in the same place for breakfast having coffee, a panini style thing and a little scoop of tasty ice-cream. Then we made our way on foot, a 25 minute walk from the hotel to the Sanjūsangen-dō temple. I had been here before but my second visit with Lorraine the place absolutely blew me away. You enter a massive oblong hall with 1000 life sized golden statues of The Thousand Armed Kannon, it is like an army of Buddhas and quite overwhelming. As well as these there is an enormous thousand armed Kannon as a centrepiece. Additionally there are 28 statues of guardian deities. You are not allowed to take any photographs there,  however some exist on the internet.

This done, we crossed the bridge over the river and arrived back at our Hotel and picked up our cases. The shinkansen part of the station could not have been nearer, we simply crossed the road and we were there. Cross referenced the number of the train with the time and we were fine and sure we were on the right train. We had reserved seats, but one behind the other. And once the train had called at Osaka, it became incredibly full. More struggling with the big case. Felt suddenly very sleepy in the warm train, and had to play music loud in my earphones to keep awake.

Kakegawa station reached we found Hiroko waiting for us in her little new car. Great to see her again, and we crammed our enormous cases and selves into the wee car and sped home to the Bowers English School. A merry evening spent there with Hiroko, Romy and Toby, Eitaro, Romy's sister's boyfriend, and two old women friends of Hiroko's who had dropped in and brought some food and drink with them. One of whom had run a local bar.  There was sushi, a delicious beef stew, salad, carrots and cucumber, toasted bread and lasagne and octopus balls; bits of octopus curled into balls and succulent and tasty. I also drank beers, and bubbly and a glass of Shōchū. We sat about chatting and enjoying the nation's famous Red and White song battle show, a New Year's Eve favourite, before tiredness claimed Lorraine and me and we crept into our floor beds gratefully.

Below a family of Tanukis, in the temple gardens, a flower display outside Kyoto station, Lorraine moving very fast on the Shinkansen 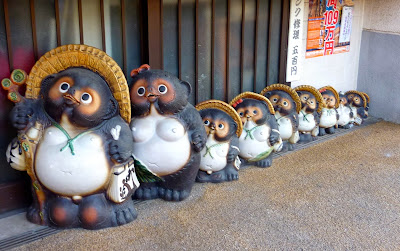 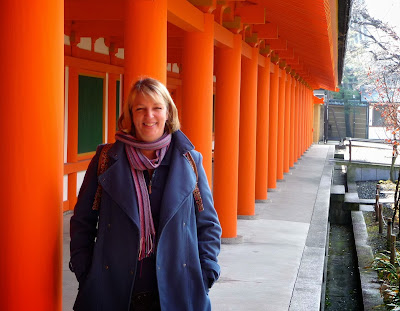 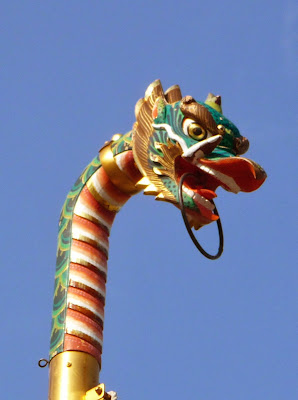 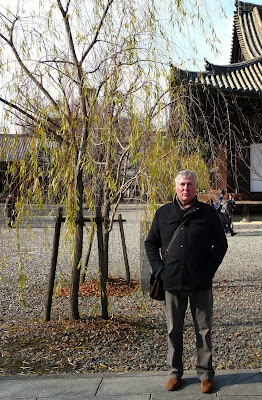 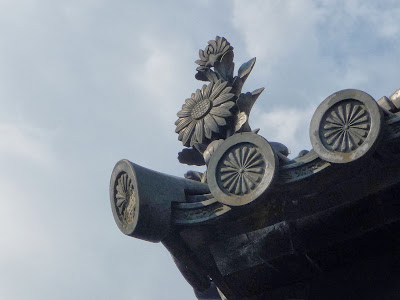 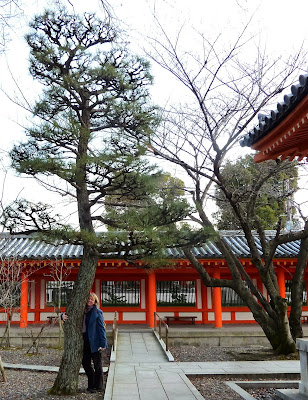 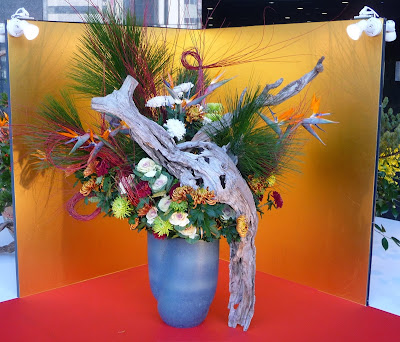 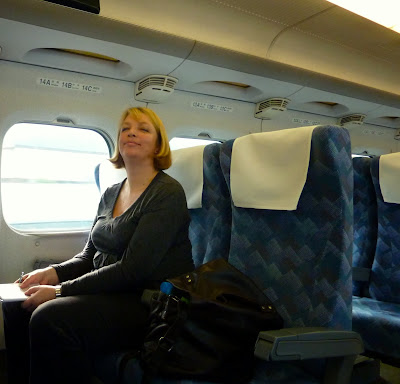