December 09, 2013
A bad night's sleep. Up early and off to London. Listening to To The Lighthouse by Virginia Woolf on the train, which slipped through fog and mist heading north. To the Lighthouse is sublime.

A different seat again at work, and having settled down was moved on again. Placed in a corner which was fine. Feeling jaded and tired and rather isolated despite everyone being friendly.

In an attempt to wake myself up and sauntered about near Fitzroy Square (where Woolf lived) taking some snaps, and bought a fairly nasty tuna roll from Sainsbury's.  Was so out of it, that I walked into a completely wrong building through a revolving door thinking it was where I was working. Where I am working doesn't even have a revolving door.

Had to turn down some work this afternoon from my chums in Tavistock Square. Otherwise I went straight home after work, needing an early night and hopefully with a smidgen of sleeping thrown in too.

Below some typical agency bollocks (technical term)… A festive skip in reception with pre-thrown away xmas trees by way of Christmas decoration. What appears to be a Banksy (judging by the perspex sheet) just under the BT Tower, a sculpture inside Fitzroy Square, a Pub Figure in Warren Street, a Mews, and pebbles and leaves down by the side of an office block. 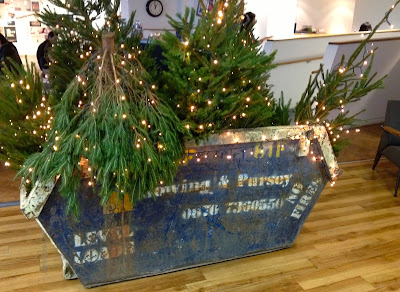 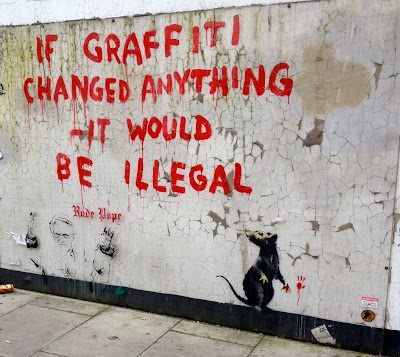 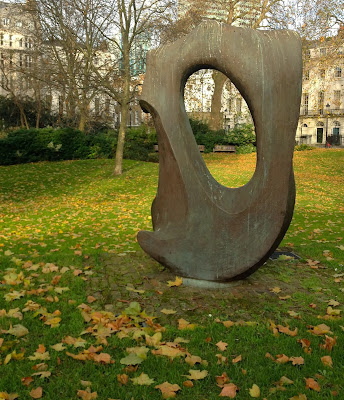 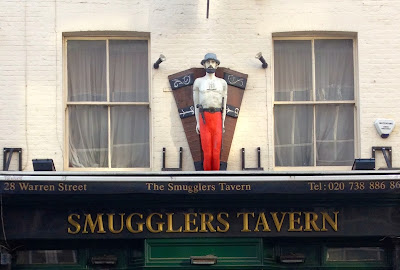 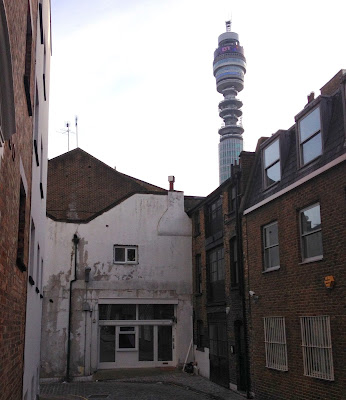 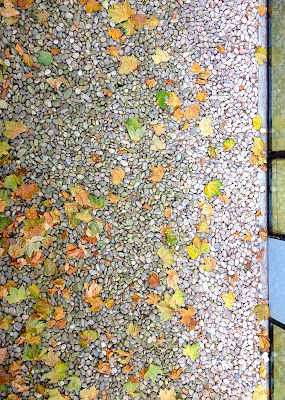