December 06, 2013
So finally a smoother day. The train delayed this morning, naturally, but I made it into work only a bit late. Found myself relocated again, sitting next to Ana a designer I started on the same day with. Ana is from Mexico City and has eaten grasshoppers in Oaxaca too like I once did.

Otherwise a day when I was briefed to write a newsletter report on an event, which obviously I did not attend. Piecing it together from various bits and pieces. Have been working on Schizophrenia this week, and it is an interesting area. One of the things featured at this event is a pod, into which you sit and have the opportunity to experience life as a schizophrenic, with visions and voices in your head.

Lunch with Max, my erstwhile agency mentor and Julie from my old agency too. This was the highlight of my working week. We stole away to a pub restaurant and I ate a pie, chiefly attracted by the vegetables that went with it. The ladies having fish and chips. Great to see Max again, who I'd not seen for years and was reminded what a good friend she is. Sad to say that these days we scuttled back to work in a sober state.

Home tonight was a dream. I resolved to take the tube, which I tend to avoid, and crammed into the sardine tin coffin hybrid that is the Victoria line in the rush hour. At Victoria everything going smoothly at last. Home in good time to go to the Shahi with my lovely. An early night afterwards both of us worn thin by the week.

Some snaps from the week. Under the BT Tower, Virginia Woolf was ere' plaque in Fitzroy Square (living in squares loving in triangles), a poke of my iPhone through the railings into the private garden in the middle of the square, views of Oxford Street from a bus, including the majestic hat of an older woman. 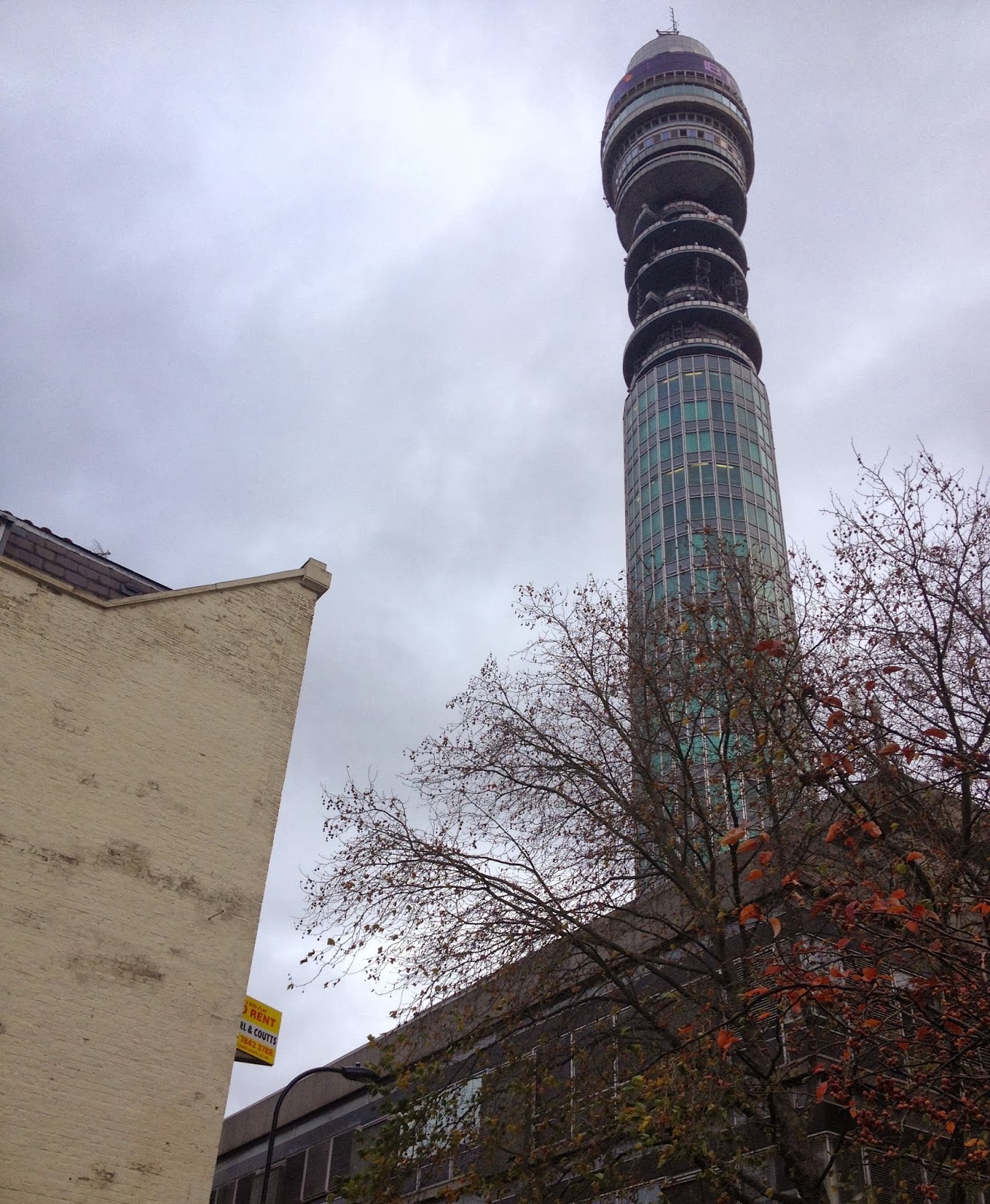 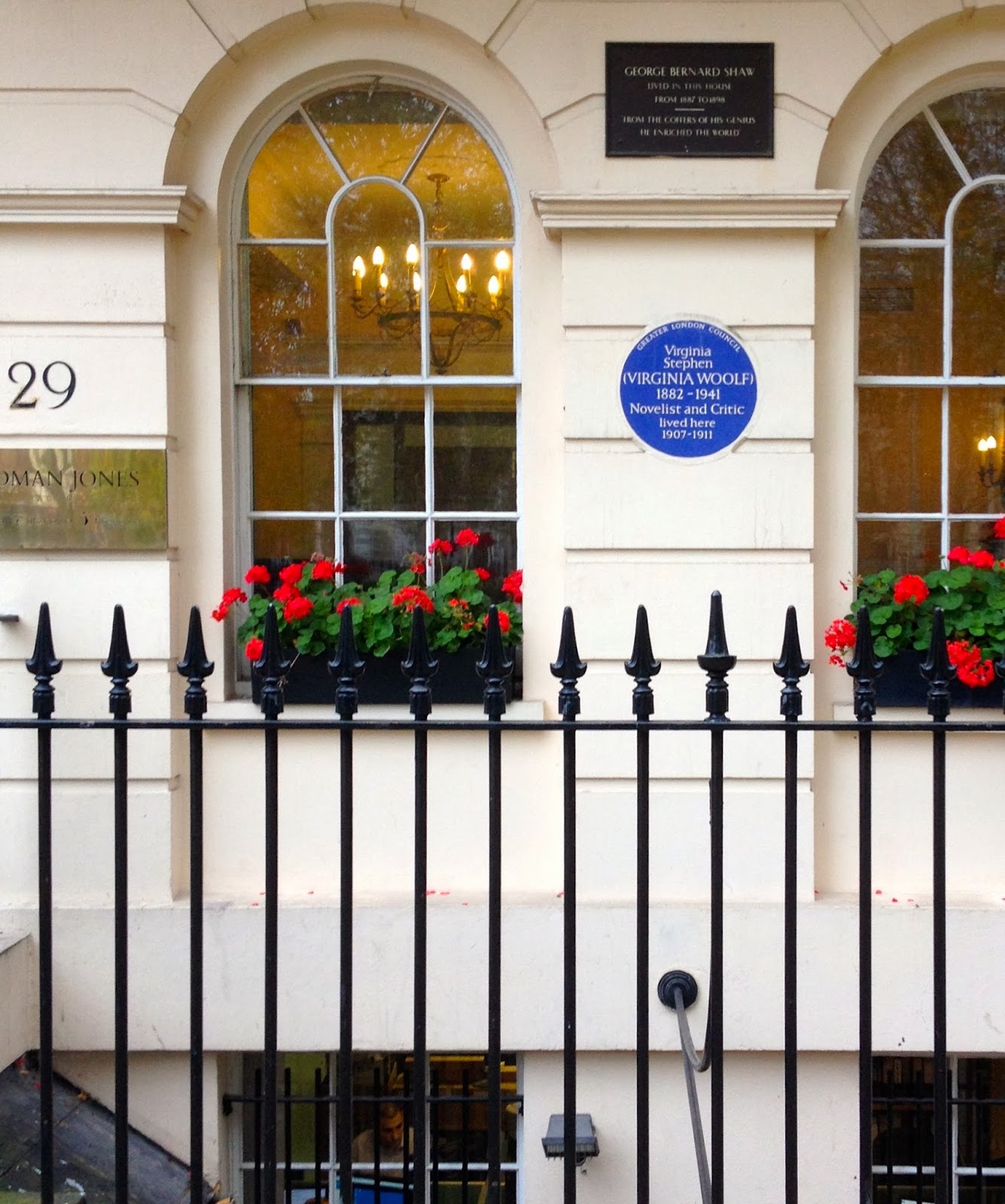 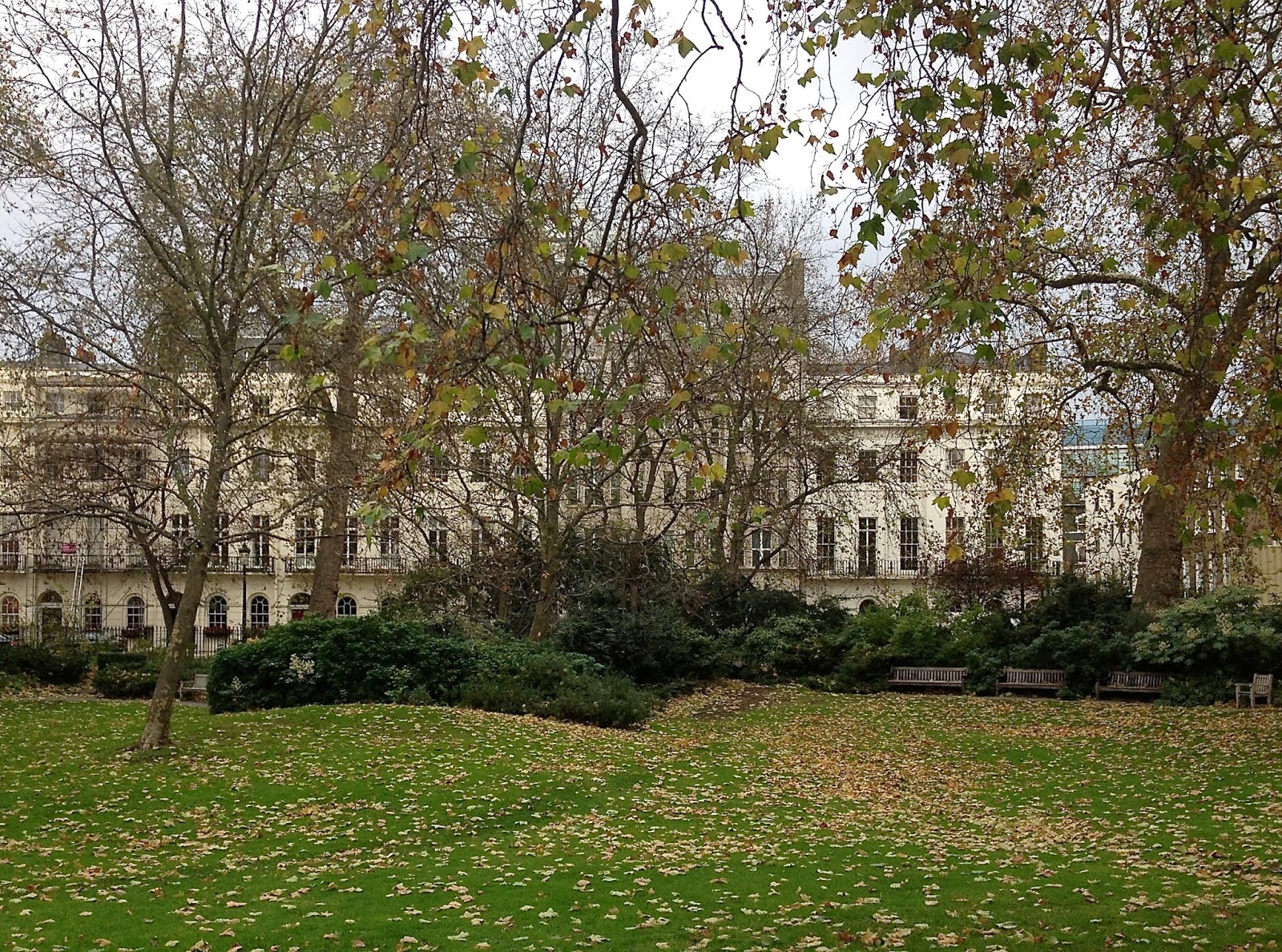 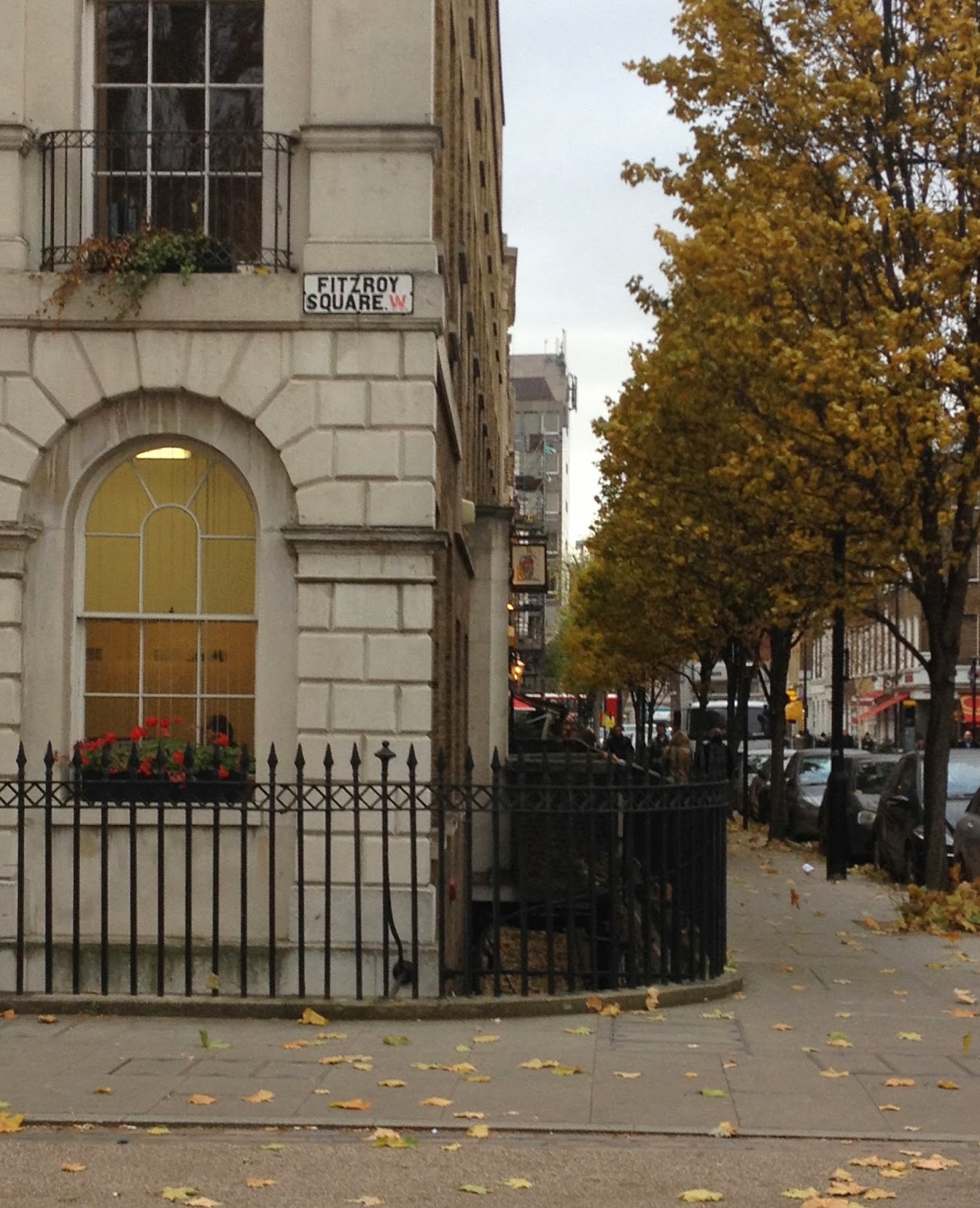 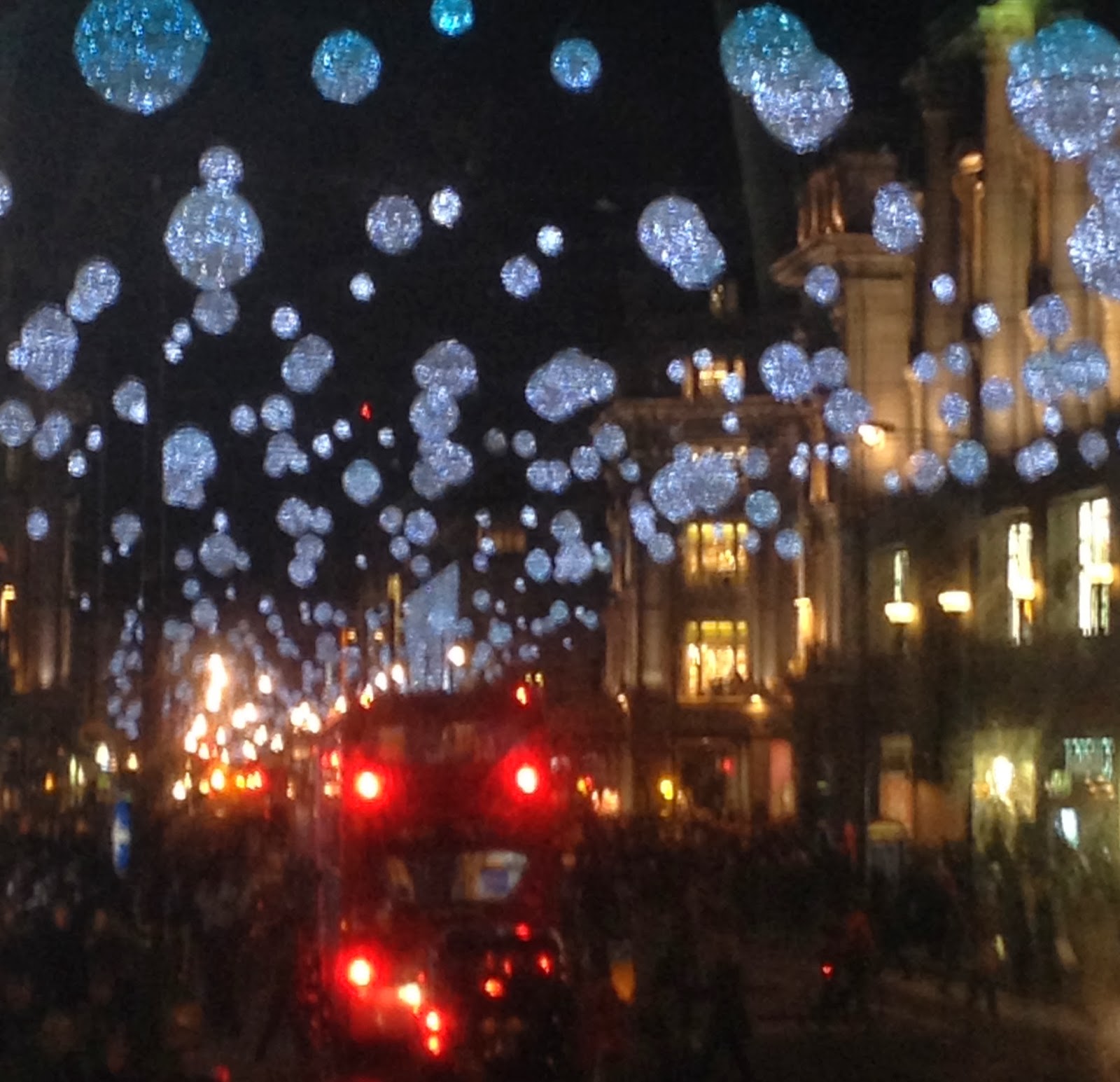 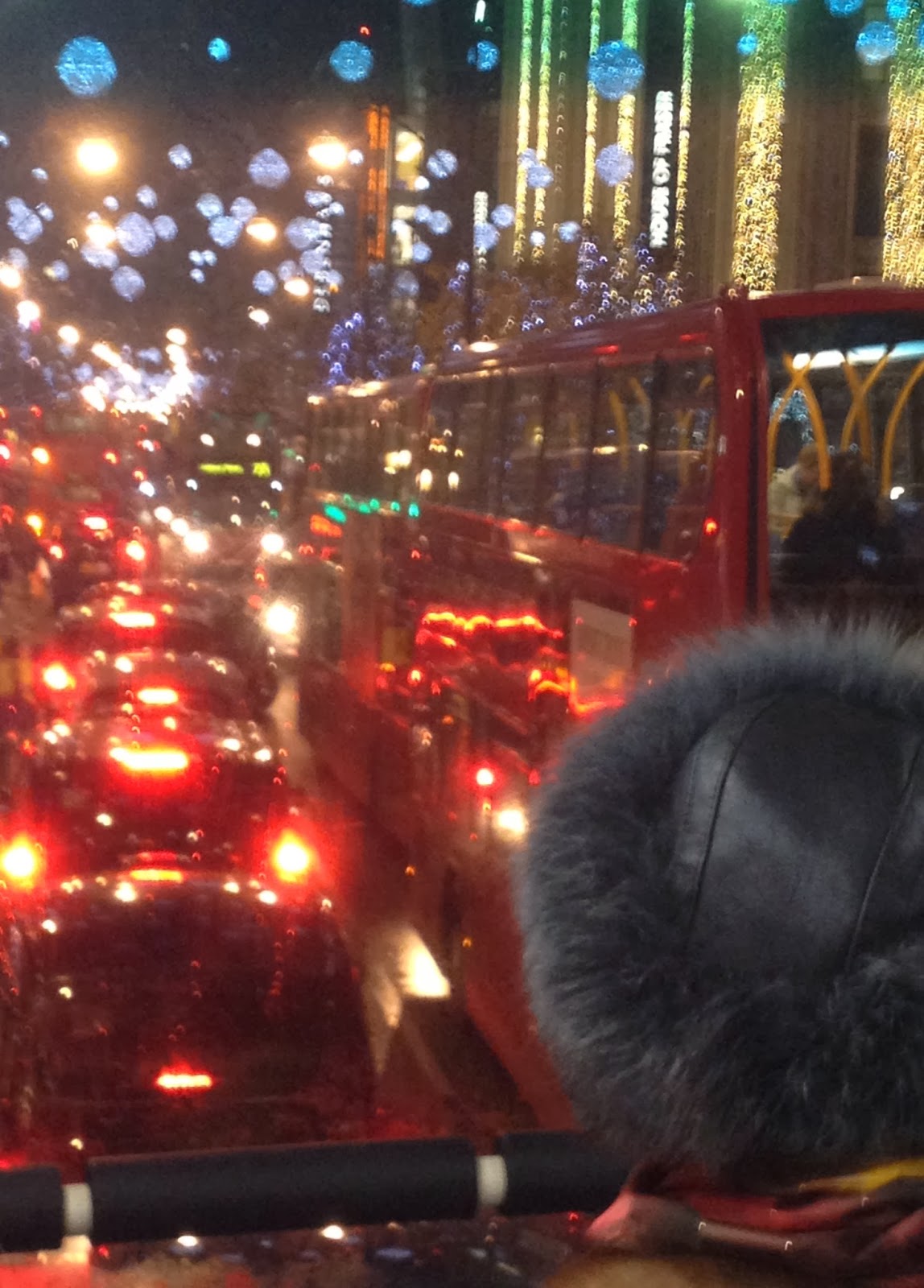 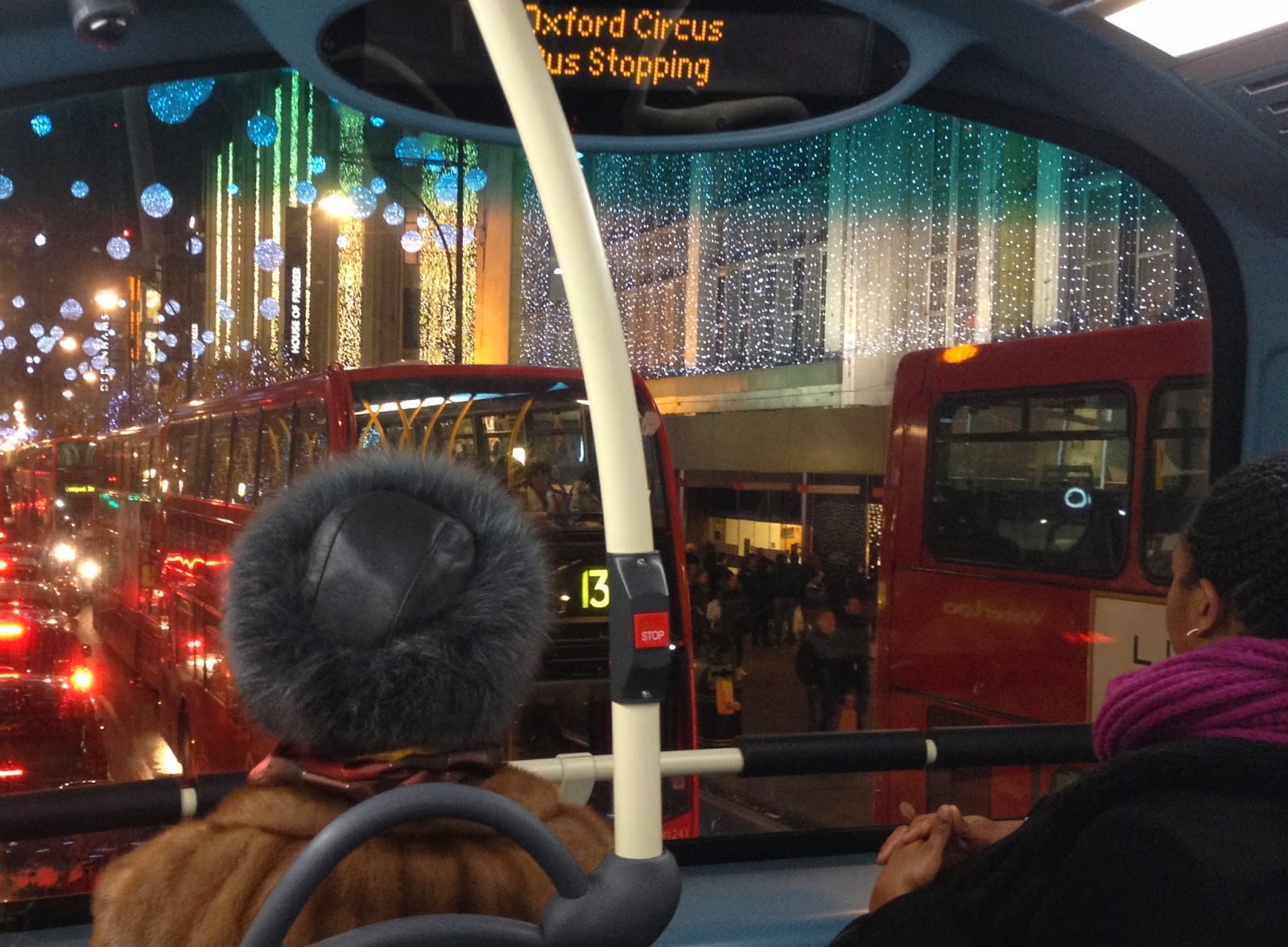