March 13, 2013
Feeling somewhat brighter this morning. Lorraine working from home much of the day too. Eyes aching, I slunk off at lunchtime for a walk in the park. The pond full of spawn of some sort like bunches of small grapes. Still tatters of snow about, but the sense of Spring waiting impatiently in the wings.

A text from Matt to say he had gone to the concert, and it had actually happened, and that Clameur had a good performance which was well received. Slightly kicking myself for not going now, but so it goes.

Worked in a focused way on the business book, and made some major improvements this morning. Did some billing, which is always good too. I need to send some samples out soon, to get some feedback. I have a horror of wasting what little energy and time I have on a wild goose chase.

In the early evening finished Nadja by Andre Breton. I am short of patience, and I am sure I did not give the book the attention it deserves as it is very French, prone to drawn out sentences, such as this example chosen at random:

I intend to mention, in the margin of my narrative I have yet to relate, only the most decisive episodes of my life as I can conceive it apart from its organic plan, and only insofar as it is at the mercy of chance--the merest as well as the greatest--temporarily escaping my control, admitting me to an almost forbidden world of sudden parallels, petrifying coincidences, and reflexes peculiar to each individual, of harmonies struck through as though on the piano, flashes of light that would make you see, really see, if only they were not so much quicker than all the rest.


I may try a second, much slower reading. It's good to get to the bottom of antipathies, and some of my favourite poetry has annoyed me at first. Meanwhile I have picked up another short book, Dream Story, by Arthur Schnitzler, and am well into this now. Apparently the film Eyes wide shut, which I have not seen, was based on it. I am binge reading.

A new pope elected today. I find my loathing of the Church quite boundless at present. The idea that an organisation whose long tradition of raping children and then lying about it  is coming to light all around the world, allows those self same criminals to elect what is supposedly a shining moral light to the world's Christian population, almost too sickening to think about. I wonder what Christ would make of the Vatican.

Below Minotaured about in the walled garden for a bit. I love that place. 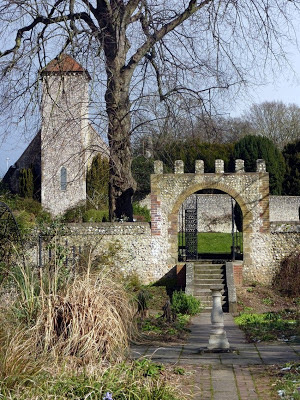 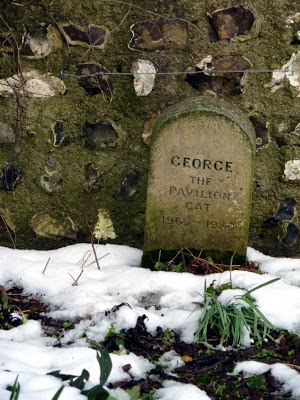 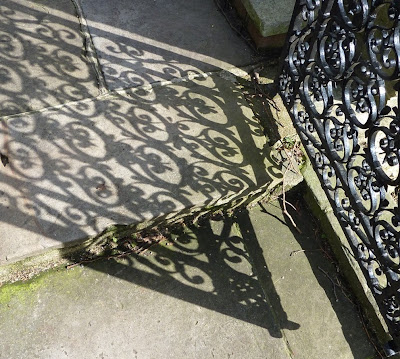 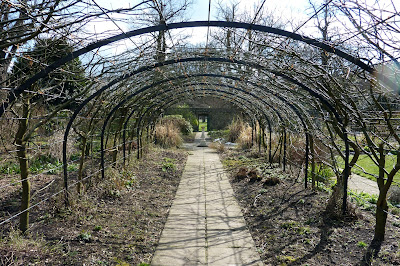