February 19, 2013
Up early and working by eight, sent off the animal work, and continued work on the other new brief. All day on this, pausing only to eat leftover risotto. Lorraine out with Cath this morning, and pottering about this afternoon. Late in the day received feedback from the animal work, and it resulted in a rather tricky conversation with the client, who was very stressed and had opposite ideas of how the brief should be interpreted to mine. As I absolutely stand by what I sent, this may prove to be a short-lived new client. Dampened my evening somewhat.

However Lorraine and I drove speedily off to the Hove seafront to catch the last rays of the setting sun down by the sea, cold but lovely to see. Lorraine making more muffins tonight, with pumpkin seeds, rosemary, honey, and cubes of butternut squash.  Betty and I watched an entertaining documentary about a chicken and chips joint in Clapham.

Lorraine and Beth finishing the vast beetle jigsaw tonight. They immediately started on a new one.

Below the lowering sun; low sunlight reflecting on the beach huts; the last sliver of the sun over the sea; dim figures at dusk. 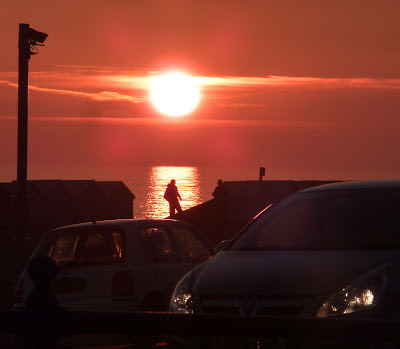 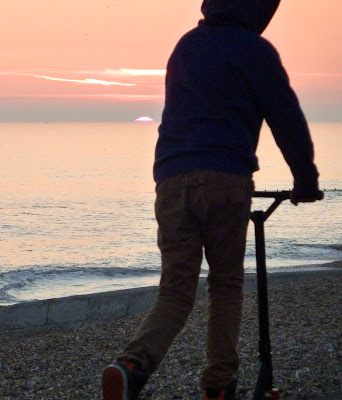 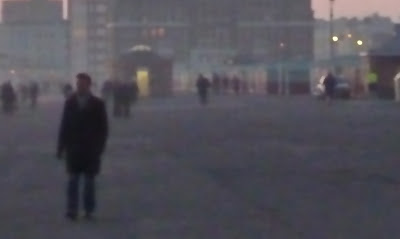