April 30, 2020
Having already uploaded my Skelton video last night, I had a freer day. I wrote some overdue emails to Robin and Richard and Jane and a quick congratulations note to Charlotte whose new collection, The Girl Who Cried arrived yesterday. Had a quick whizz through and they are magnificent poems.

Then went for a long walk. A brisk, cool wind, but the air is noticeably fresher than usual. Encountered very few people, although once I was walking inside the hill fort, a man started screaming in the distance. He had lost his dog, and was sprinting about frantically calling for it, and he shouted at me from some distance to see if I had seen his white beagle. He seemed utterly traumatised and was shouting at the top of his lungs. Later I saw him reunited with his dog, who was capering about leadless and completely unconcerned.

I called Mum when I got back, and had a leisurely afternoon. I say leisurely, but I find it very hard to relax when I have time on my hands. I prefer to be immersed in some kind of work, even if it just skeleton stuff.

Lorraine cooked an utterly delicious fish curry tonight, and then I sat in my study chatting to Anton for a couple of hours, and sinking a few cans of lager. Talking about standard assorted stuff, including clothes, and Tolkien (as Anton is a Middle earth lore master) and time travel.

Lorraine joined us too for a bit, having watched a Disney film with Beth. Two shots on the west side of the hill fort wall, northwards, top and southwards towards the channel below. An early purple orchid, of which there are quite a few, and daisies on the golf course. 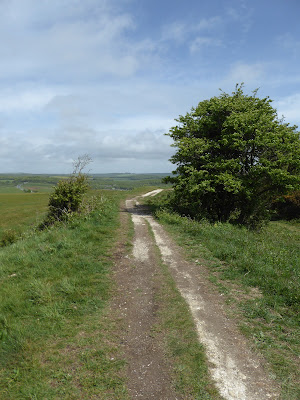 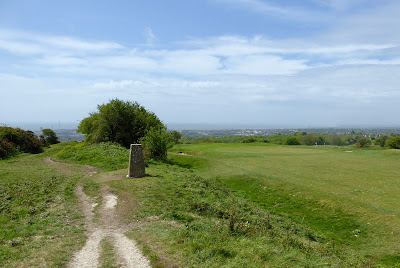 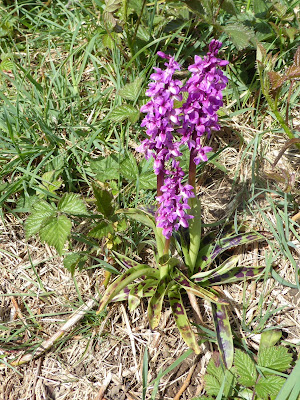