The moon on its back

March 03, 2014
Up early and working hard all day at my cat-plagued desk. Big decisions on the book. Decided one of the sections was all wrong and have cut it, and have now to replace it. Beth and John leaving for London at noon. A good day's work, and I spoke to Mum on FaceTime and heard too from my old school friend Mark who I've not seen for a few years.

Lorraine out singing with the Hullaballoos tonight, and I walked her to the venue and then mooched past the Pavilion down to the sea, and looked at the moon on its back. A comparatively calm night, the pier closed and lightless, the tide out and lines of white-tipped waves coming in from the sea. A few stars visible when you escaped the immediate light pollution. Good to have an hour's walk after being at my desk all day.

Home, and wrote something for Claudius about the Shakespeare Trio, listened to a 15 minute Radio 4 thing about failure before Lorraine returned. Anne Enright was talking about how Flann O'Brien had his manuscript for the The Third Policeman rejected at the height of the war by Doubleday, and instead of admitting this told his literary drinking buddies that the manuscript had accidentally blown out of his car on a trip to Donegal. Unable to lose face, it was only after his death that the book, which had sat openly on his sideboard till his death, was finally resubmitted by his wife and published to great acclaim.

Below a glimpse of the Pavilion and the moon on its back. 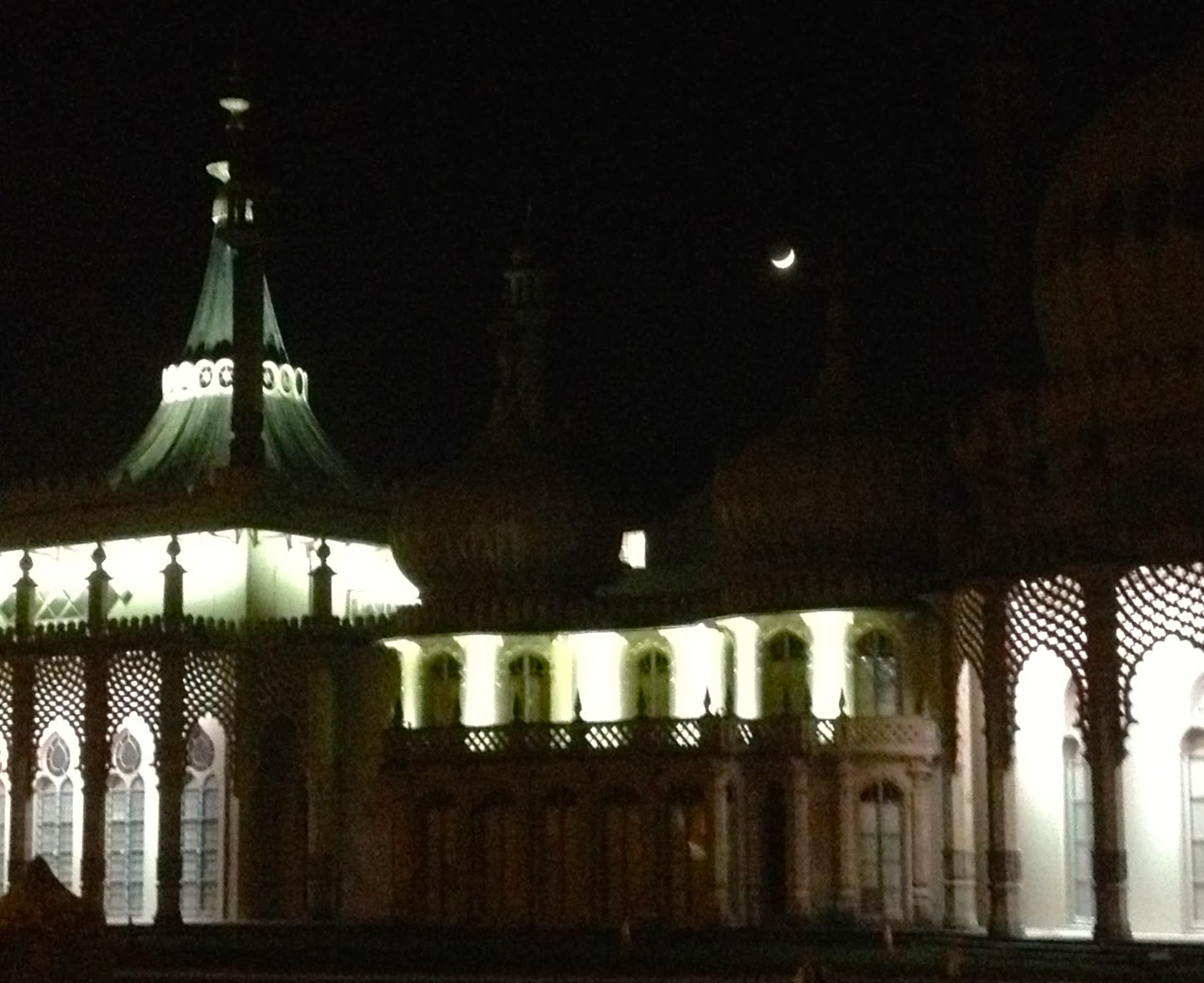