July 14, 2019
Lorraine working on school reports all day. I walked down to the gym, and then had a relaxed day, reading and listening to the This is Horror podcast which I dip into from time to time. Also saw the last few overs of a truly remarkable ODI world cup final between England and New Zealand, which England won in fluky nail-biting style. Long gone are the days when you could watch cricket on TV without subscribing to Sky but today's match was on C4.

I have been looking at photographs on the Nasa website about the first lunar landing. In the evening watched a documentary about Neil Armstrong. Can't get enough of this Apollo stuff at the moment. I was nine when Apollo 11 landed on the moon, and remember the space race and The Vietnam War as being a constant news backdrop. I have an idea the family were on a  boat in the Hamble the day they touched down, but I may be mistaken.

Below Brian waiting to biff people through the bannisters, and Neil Armstrong inside the lunar module having just touched down on the moon photographed by Buzz Aldrin, after a hairy race against time as they searched for a place to land that wasn't too rocky, after computer that was supposed to help them land had gone offline. 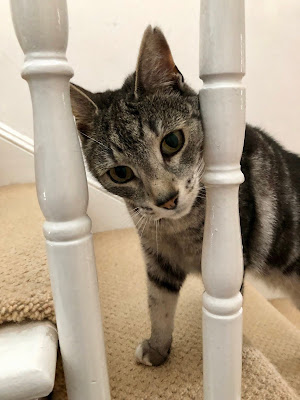 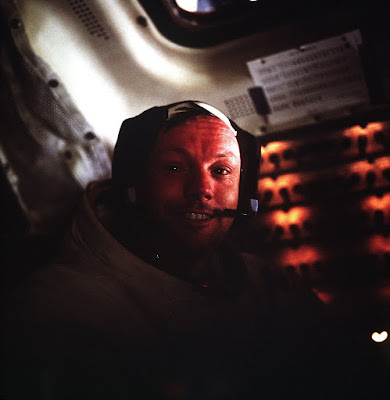