July 31, 2019
Toby and Romy off to the sea late this afternoon. Lorraine and I stayed happily bobbing in the pool. We'd all spent the day eating the leftovers from yesterday's feast, reading and swimming. At one point too, I stole down the track and picked a lemon off a tree where several had fallen, and later on Romy cut it into our sundown gin and tonic.

Another utter feast made by Tina tonight. Mortadella and various cheeses and homemade jams and honey from their own hives with bread to start, and then pork loin cooked in marsala wine, with potatoes with parsley and an arab inflected crunchy sweet and sour dish of roasted red peppers, breadcrumbs and capers, with sugar and vinegar, which Romy pointed out was almost like a chutney for the pork.

Then turning the light on outside, we watched the theatre of geckoes, as one big bruiser with a regrowing tail, sat near the light and snacked on various insects drawn in by the light. At one point Toby and I sat by the pool looking up at the stars, which were fabulous, not as distinct as I've seen them sometimes, but the milky streak of the milky way plainly visible. Inside, followed by mosquitos, who Toby and I have generously donated blood too, as they seem to favour us over the ladies.

Below the big bruiser gecko, the pool it is hard to leave, and part of the space behind with two chairs that are great to sit on and look down at the valley below, and Lorraine and Romy, and a marzipan pudding, Tina described as the Queen of Sicilian puddings. 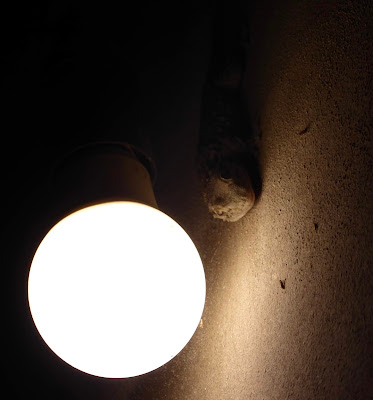 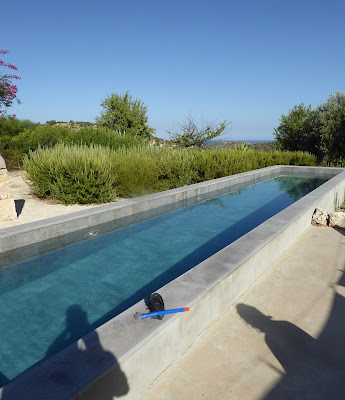 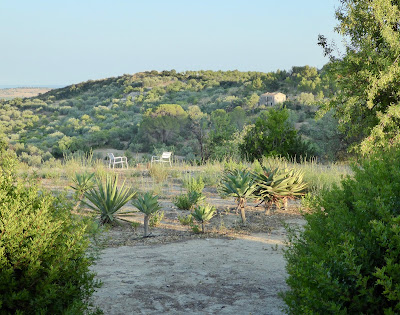 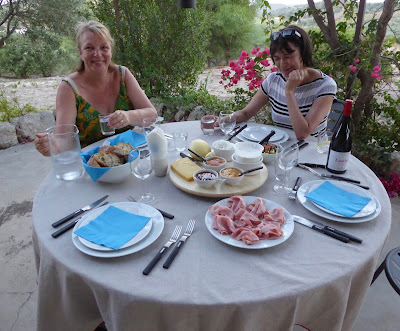 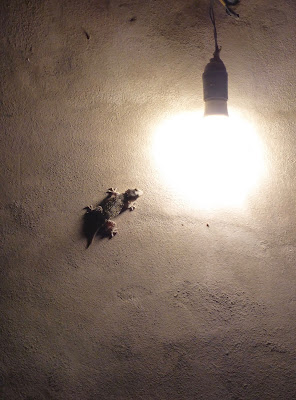 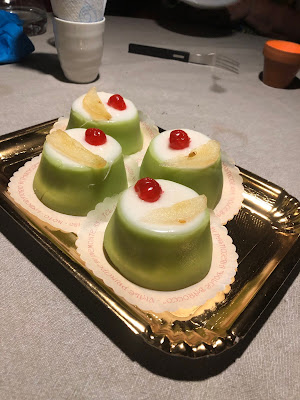