January 06, 2021
These are dark times. The pandemic waxing like a baleful moon, and in the evening a Trumpist insurrection, storming the US Capitol and interrupting the ratification of Biden's presidency.
The gullible mob had been whipped up by the orange Satan a few hundred yards away -- his last gamble appears to be to stage an attempted coup, with a mob made up of white supremacists, Q-anon lunatics, and dunderheads who have drunk the cool aid. The mystery was why the security offered so little resistance. There was little or no gunplay,  no tear gas, nothing of the kind of deadly quasi-military response should the mob have been BLM supporters.
Meanwhile, in Kenny Towers, Lorraine off to work, trying to cope with the impossible demand that over half the school's children belong to essential workers therefore feel entitled to still send their kids in -- and then taking urgent covid related calls in the evening. She is doing magnificently, but is very tired. I hate that she is having to deal with this.
I spent most of the day on the new podcast, which goes live tomorrow, Robin and I pinging the sound files back and forth with tweaks. We work together well.
On a jauntier note, on my daily walk I have been listening to the audiobook written and read by John Cooper Clarke called I wanna be yours which is well written, and has a few good laughs in it. His wittily miserable take on a Salford childhood and teenage has been strangely comforting.
Below, JCC's book jacket. 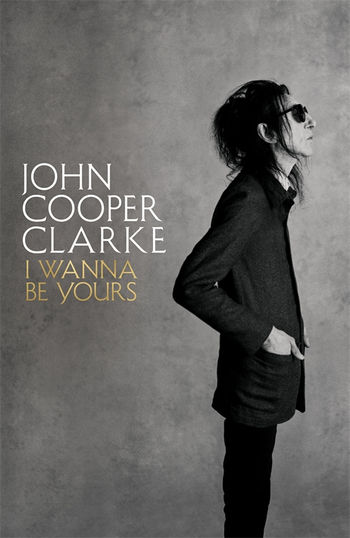