A tidy cell is a tidy mind

January 15, 2021
Lorraine off to work. I hate seeing her go off to work at the moment. A day of working on my own stuff, and editing the Charlotte Gann interview. Also a tidy cell is a tidy mind so hoovered the house from top to bottom, washing the floors and bathrooms and kitchen and so on. An afternoon walk up to the usual places. A small military ship just off the coast, and police helicopter flying over central Brighton streets for ages. A car had accelerated through a police stopping point, and was being tracked. Finished listening to I wanna be yours. Eventually he straightened out, but another shining example of how rubbish heroin is, listening to how JCC spent years of his life wondering where he was going to get his next deal from.
Home and a chat with Mum, who is fine post jab although still bored and George next door still doing bad things.
And in the first world problems department, I started a campaign against Moleskine, from whom I have now been waiting 15 days for my diary's delivery. I wouldn't mind, but the things are expensive, and there is nothing as useless as an out of date diary.
I bought two bottles of Harvey's Old Ale, and two bottles of Harvey's Best Bitter today. Lorraine and I had a pint of Old and Bitter tonight, with the curry I cooked. The beer was delicious and the curry wasn't bad.
The parcel that arrived today, was Lorraine's Nintendo Switch. She is very excited. But she was utterly shattered when she got home, after an exhausting couple of weeks and badly in need of the weekend. 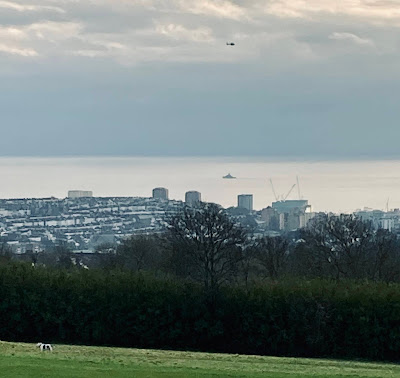