Obviously a different sort of Christmas Eve. After breakfast I went for a long walk, as I was badly in need of one. Quite cold in the wind, and only just above freezing. Chatting to Anton as I set off about all manner of things.

Last minute bits and pieces today. Lorraine wrapping books for the next door neighbour's kids. One of which was quite brilliant by Emma Yarlett called Nibbles the Book Monster, about a monster which eats its way through books on your bookshelf, and interferes with the stories such as Goldilocks and the Three Bears as it passes through. Lots of cooking this afternoon, with Lorraine making sausage rolls and mince pies and apple pie and other PK pleasers. I kitchen portered, one of the jobs was to peel the sausages. Because thanks to a Beth innovation, we use actual peeled nice sausages for the interiors of the sausage rolls and not the bland sausage meat sold for the purpose.

Lots of calls to folks and Lorraine and I enjoyed a drink over the screen with Mum and Mas this evening. Talking a bit about Folkstone, where Mum's grandparents moved some time after the war, and Lorraine went to sixth form college.

We saw some people 'irl' too in the shape of Innis and Rosie, who dropped by with some pressies, and we had a little nip of port standing outside in the street with them, which felt enormous fun and faintly decadent.

Snuggled up this evening and watched a film called The Knight Before Christmas, which was about a knight from Norwich being sent by a crone on mission to fall in love with a lady in today's America, a quest he succeeds at.

All this conducted against profoundly depressing news about a massive surge in Coronavirus restrictions (Brighton will be in Tier 4 come boxing day too). Better news in that a last minute Brexit deal has been done with Europe. Will be interesting to see if the reality of Brexit gradually dawn on those who were duped into voting for it? Still, mustn't grumble eh.

Below Innis and Rosie and Lorraine nipping a festive glass of port on the street.  And random glimpses of my walk this morning -- a beautiful day. Bottom picture was intrigued by these boys adventure.... Involving a spade, three bicycles and an earnestness which made me smile.A treasure hunt? And Lorraine's sausage rolls and mince pies. 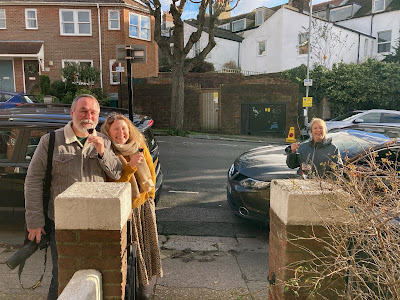 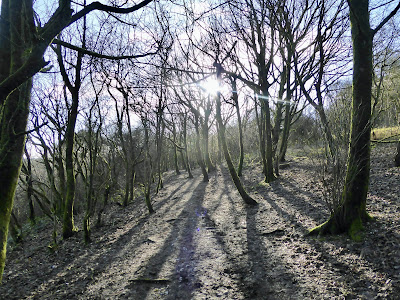 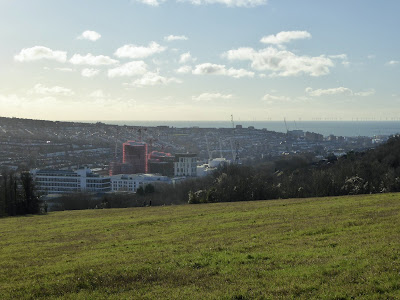 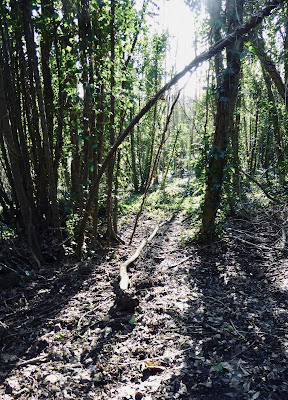 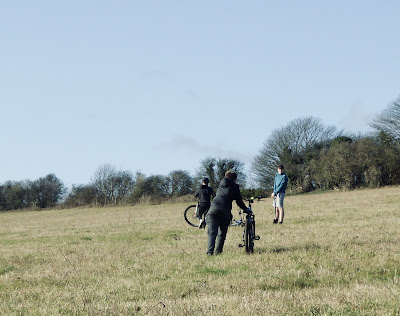 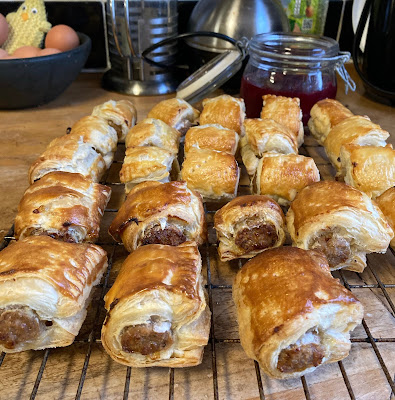 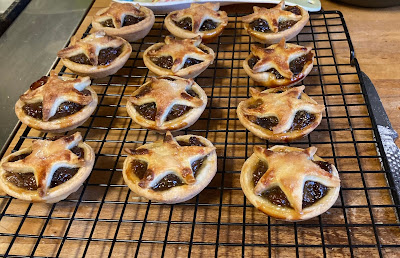