A modicum of festivity

Lorraine and I were just getting up to meet Dawn for an outside walk, when she called to say her car had been vandalised. She got into it, and the rear window simply collapsed having been broken. A neighbour said he had heard something in the night a couple of days ago, but couldn't see any damage to anyone.

So instead we got up anyway, had breakfast and after a bit drove off to Bolney, where we bought a very early Christmas tree.

Before we came home, we had a walk around the millponds at Bolney. Actually felt pretty cold, although we came across a man who had been fishing, wearing an amazingly camouflaged jacket. He said he had had a some roach and rudd. Beautiful reflections on the water however.

Seems everyone's decorating early this year, to cheer themselves up. Got it home, and I had heard on Gardener's Question time that it was good to take a little bit off the bottom of the stump, so that the tree would be able to take up water better. Surprisingly infernal job, it was only a small tree too and took me a lot of sawing. Lorraine eventually came and did the last bit.

The tree certainly brought a cheer when we set it up, to the accompaniment of Christmas Tunes, and we put some decorations and lights on it. Earlier we had our first mince pies of the season today with a cup of tea too.

Below a sap of our tree, and reflections in Bolney millponds. 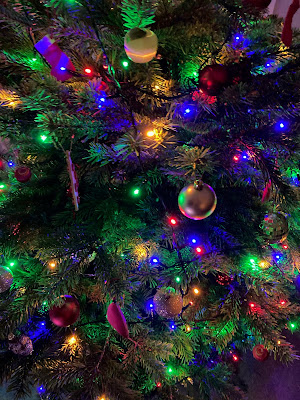 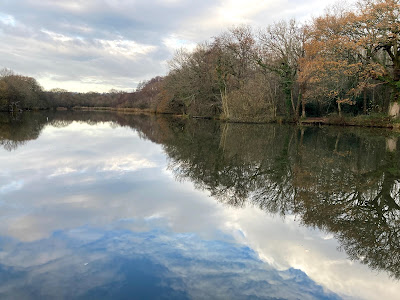 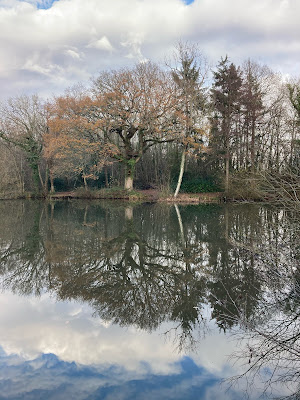 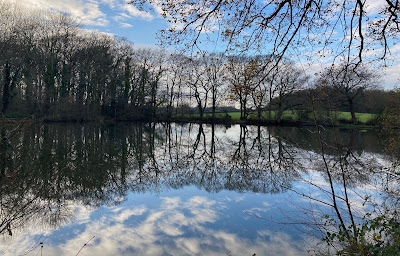