December 31, 2017
Lorraine and I eased ourselves gently into the new year. I was happy just to be spending quality time with my wife. Calliope seems somewhat improved today too, which is good.

We went into town, in the rain and saw Star Wars The Next Jedi, just after noon. It was a good brainless hokum, with lots of spectacular zooming about in space and on distant planets, and various bits of Jedi malarky with light sabres. Of its kind, an excellent film. And it did manage to borrow a bit emotion too with the bits associated with Carrie Fisher, whose last role this was.

I had an outburst of eccentricity before the show, was in the loo having a strategic pre film wee, and suddenly had a poem idea. Trying to record it on iPhone just outside the gents, muttering some guff about rotten fruit into my phone, gained me at least one funny look. As I was doing this, Lorraine bought teas. Tea the perfect drink for a film starting at 12:30.

This done we emerged into the rain and decided to 5b it back home where Lorraine set about cooking the best biryani I have tasted in my life. Making it was a long process with lots of spice grinding, which Lorraine loves doing. We spent the night sipping champagne and sprawling happily on the sofa. Lorraine in head in a book mode  finished the new Pullman book at 2 am. Texts from Carl, Bob and Anton at midnight.

Few people I know will be sentimental about 2017, Anton in particular had a very difficult year, and I've felt up against it quite often, despite having so much to be grateful for. Being optimistic is harder than usual when the US president is Satanic, and the UK is investing all its political will into self destruction. But hope reigns eternal in the Kenny breast, so here's to a better 2018. But I'm going to keep my light sabre handy. 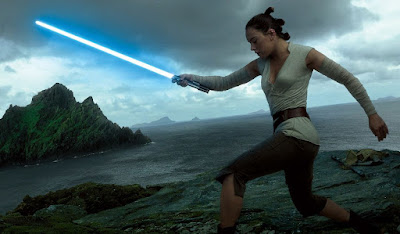