I woke up hungover, after a night of enthusiastic drinking with Jade. Spent the first few hours of the day trying not to die. Then off to the tip with Lorraine, with loads of bags of garden cuttings and so on. Then to Sainsbury's where we bought a cheeky little cake for Jade, whose birthday it was today.

In the evening Lorraine drove us off to Tottingham Manor Hotel, just the other side of the downs. Sam encountering a snail in the back seat. Here we met Beth and James and Innis and Rosie too and had a fine meal. A sadder and wiser man today, I had a single pint which I nursed like Florence Nightingale.

My main contribution to the night was telling everyone that our pepper mill had arrived and we had got it from the internet. I had to prompt everyone to ask me what site, and then I said Grindr. Beth told me the joke needed work.

Good food, although not brought out with alacrity. I had pork belly as my main, which was delicious, and I had not had it for a long time.  Jade's cake brought out to singing. A older man in another part of the restaurant came through, and shook Jade's hand as it was his birthday today too -- which she found funny.

Below Sam and Jade in the pearly evening light, people around the table as Jade's cake brought out: Innis, Rosie:  Lorraine, Sam and Jade; Jade James and Betty;  and a late guest who popped in just before we left, an Oak Eggar moth. 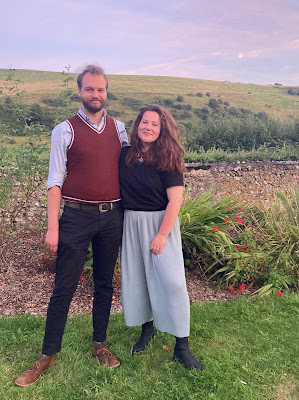 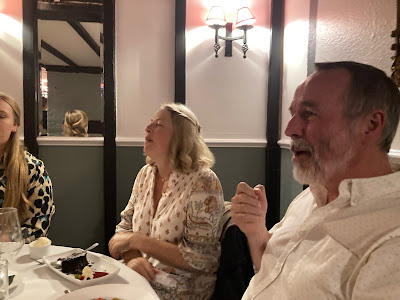 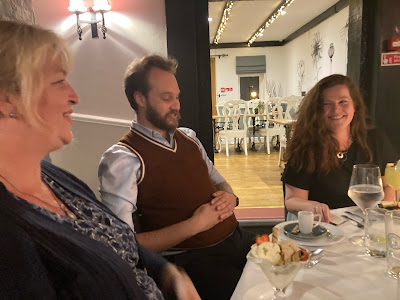 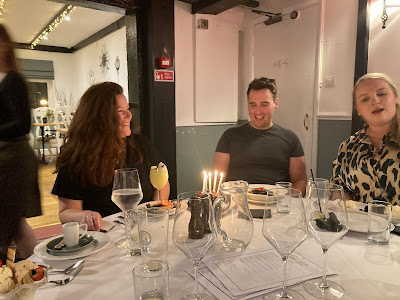 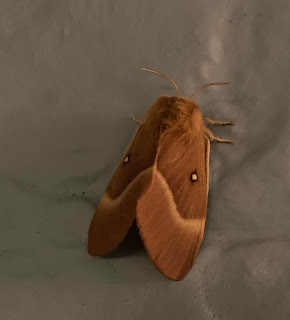