Lorraine and I mooching about happily today,  driving to Hove to change a tyre on the car, and to order some carpet to replace the stairs carpet, which looks atrocious and threadbare then to Homebase to buy electrical stuff.

Then off to Seaford, a little seaside town along the coast I have never really been to before. We went to the South Hill Barn to see my pal Adele, who was doing her first ever exhibition of Stained Glass there. The barn itself was on top of a hill, surrounded by countryside, and was near a car park and was a place where walkers congregate. Just a little east are the seven sisters. It was a beautiful location.

It was great to see Adele taking wing with her work. I took some photos, not many of which came out nicely. She said that people were asking her about which art school she went to. She hadn't been to one of course, but we all thought that was a compliment. Lorraine brought a little glass heart. Some other interesting work there, including some by a local artist calling himself Planksy -- after he anonymously put work around Seaford. There was some good pottery too from Adrienne Shields.

Lorraine and I walked along the coast a little to see the amazing view, then returned where we followed Adele in her little yellow car back to her house, where we had coffee with her and Patrick, who I'd not seen for a long time, and he now has long rockstar hair. Adele showed us around their enormous house, which has a large indoor swimming pool, and Adele and Patrick both have workrooms, for glass making and music making respectively.  It was an eye opener.

Then back home, where after I while I walked around the corner to Rick's house, and we drove off to the Elizabethan Tandoori. Rick has a car which parks itself, so that you draw level with a space, and some kind of onboard computer just eases it into the space while Rick sat with his hands in his lap.

There had a meal with Adele, Sally, Sally's sister Rachel, Deana, Kate G, and Ben. Cheerful meal, and Sally on cracking form. Just very cheery to be out.

Below two bald blokes in the queue, Adele and a gorgeous view... 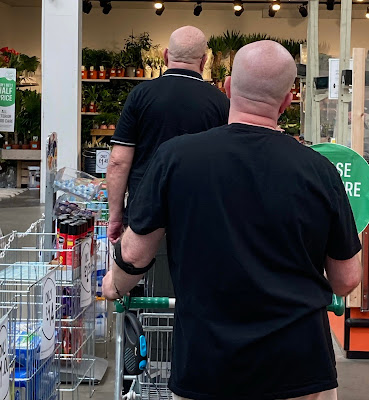 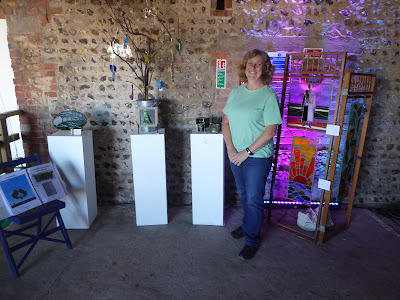 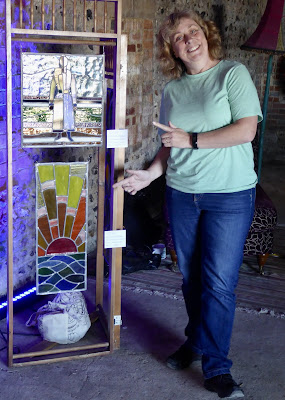 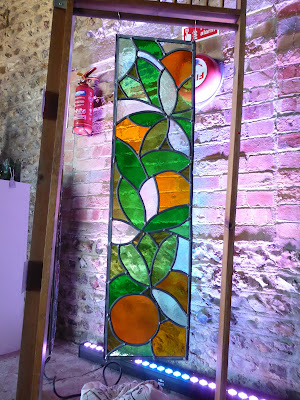 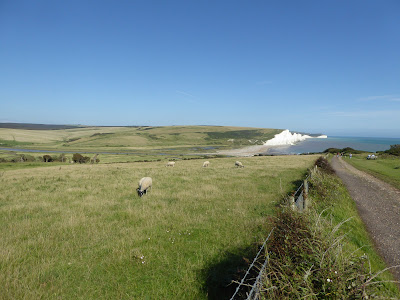 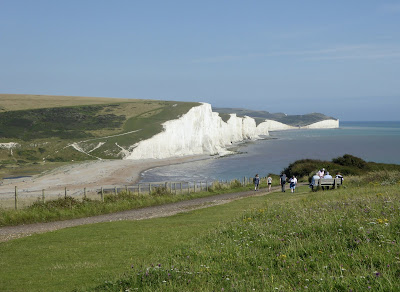