The uplifting power of poets

Up feeling fresh and working with Keith from early on. Early afternoon, and possibly the worst brief I have ever been taken. Full of irrelevant information and no clarity at all about what they were asking us to do. Cue assorted creatives from both side of the pond trying to make sense of it, asking questions that were not able to be answered. I had to leave early today, so missed a subsequent meeting with the poor CD attempting to re-explain it.

Late afternoon a months-planned meet up with Robin, Charlotte, Sarah and Stephen at the Open House.  I had just escaped from work and it took me a moment or two to tune out of that drivel. But having a beer and putting the world to right about life, managing (or otherwise) the pandemic, the good the bad and the ugly of poetry. Robin, Charlotte and Stephen already there when I arrived and we were soon joined by SJB fresh from the hairdresser and very proud of it. Sarah also has her first collection in the pipeline, which we toasted. I am absolutely delighted for her.

A general decrying of social media, followed by lots of photos, one being sent by Charlotte to Jan Heritage of all of us sending a reply to attend a reading next Friday afternoon in Lewes. When I shall be free!!!

Home at 8:30, so a far from excessive session.  But one that left me feeling spiritually uplifted by fun and the validation I get from being with poets I am very fond of.  We moved seats into the sun at one point and the snaps became very Club Tropicana.

Some of these shots are from Robin and SJB. I love the one at the top that Robin took. 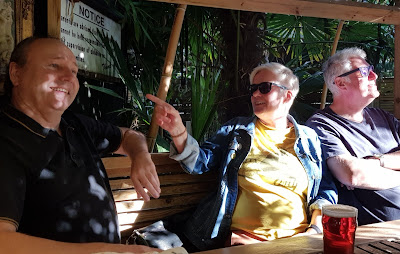 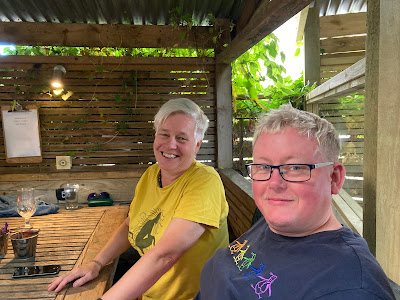 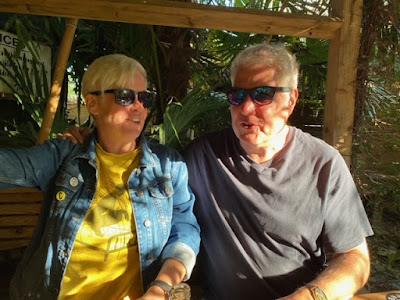 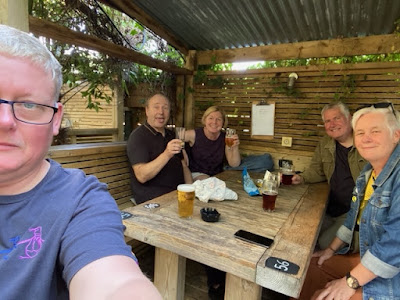 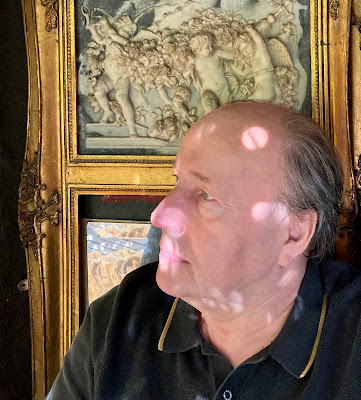