February 05, 2014
Up early and off to the quack first thing to have a conversation about my blood pressure. Turns out that the high readings I always have in the surgery are not the full story. Over my 24 hours it turned out the average was fine. We'll take that as good news, my nice doctor said. And so I did.

Since it was early, I went for a walk down by the sea, which was in the teeth of a gale, which turned into a lashing rainstorm later. The skeletal remains of the West Pier were further damaged, which made the local TV news.

Spoke to Carl, who was talking about the tender his business put into the local authority, which has had only partial success. Strange politics afoot in the local Government it seems. I hope to see Carl shortly.

Otherwise a good day's work. In the evening, after I cooked supper for Lorraine and myself, I wandered up to The Foundry where I had a drink with Matt, and we were joined by others including Irish Tom, who is highly excited by the notion of a new cooker being delivered on Friday and is planning feasts cooked on something that he did not have to salvage knobs from a dead cooker in a skip to use.

Below glimpses of the whitened sea this morning, very difficult to hold my iPhone steady in the wind. 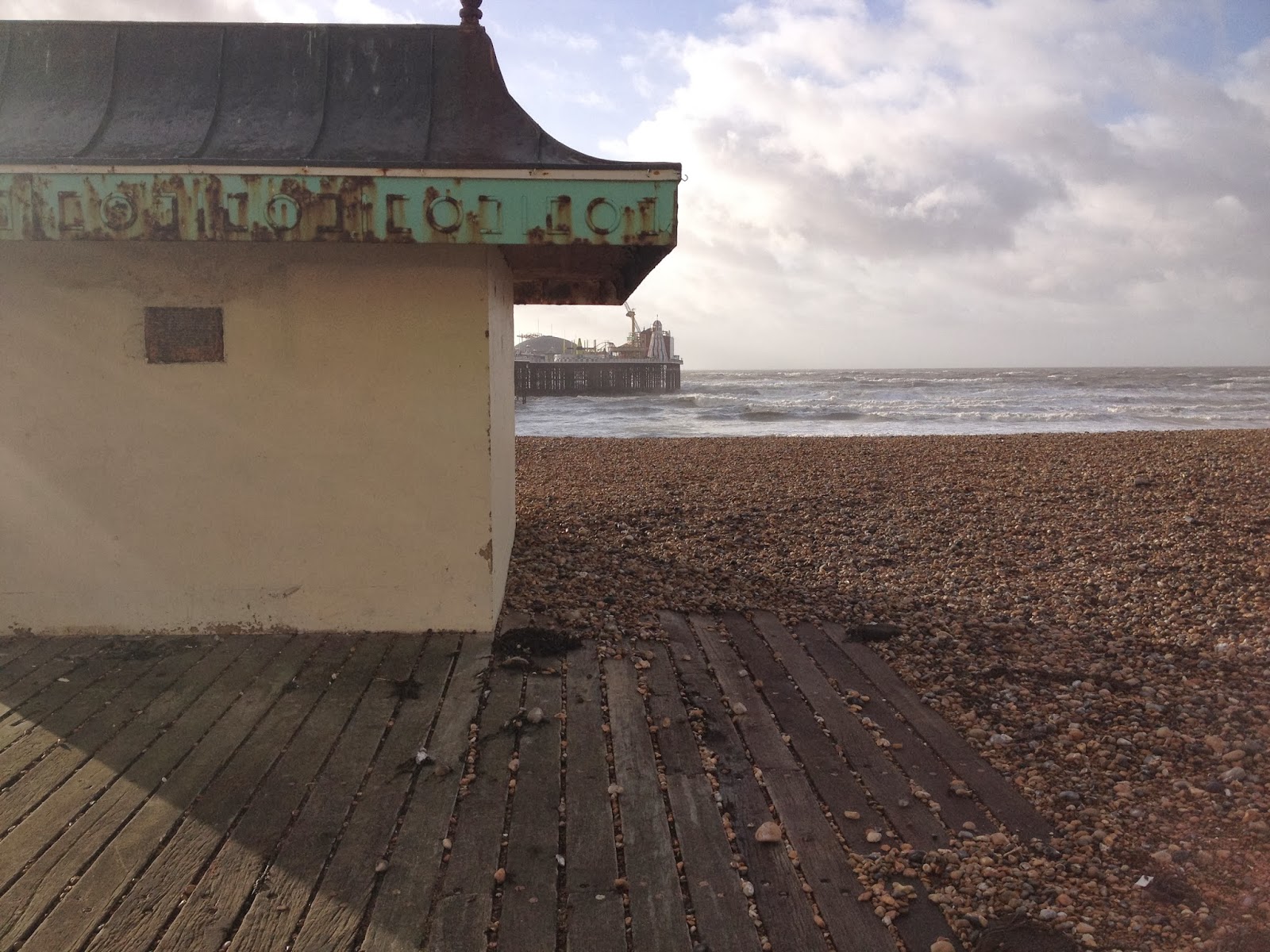 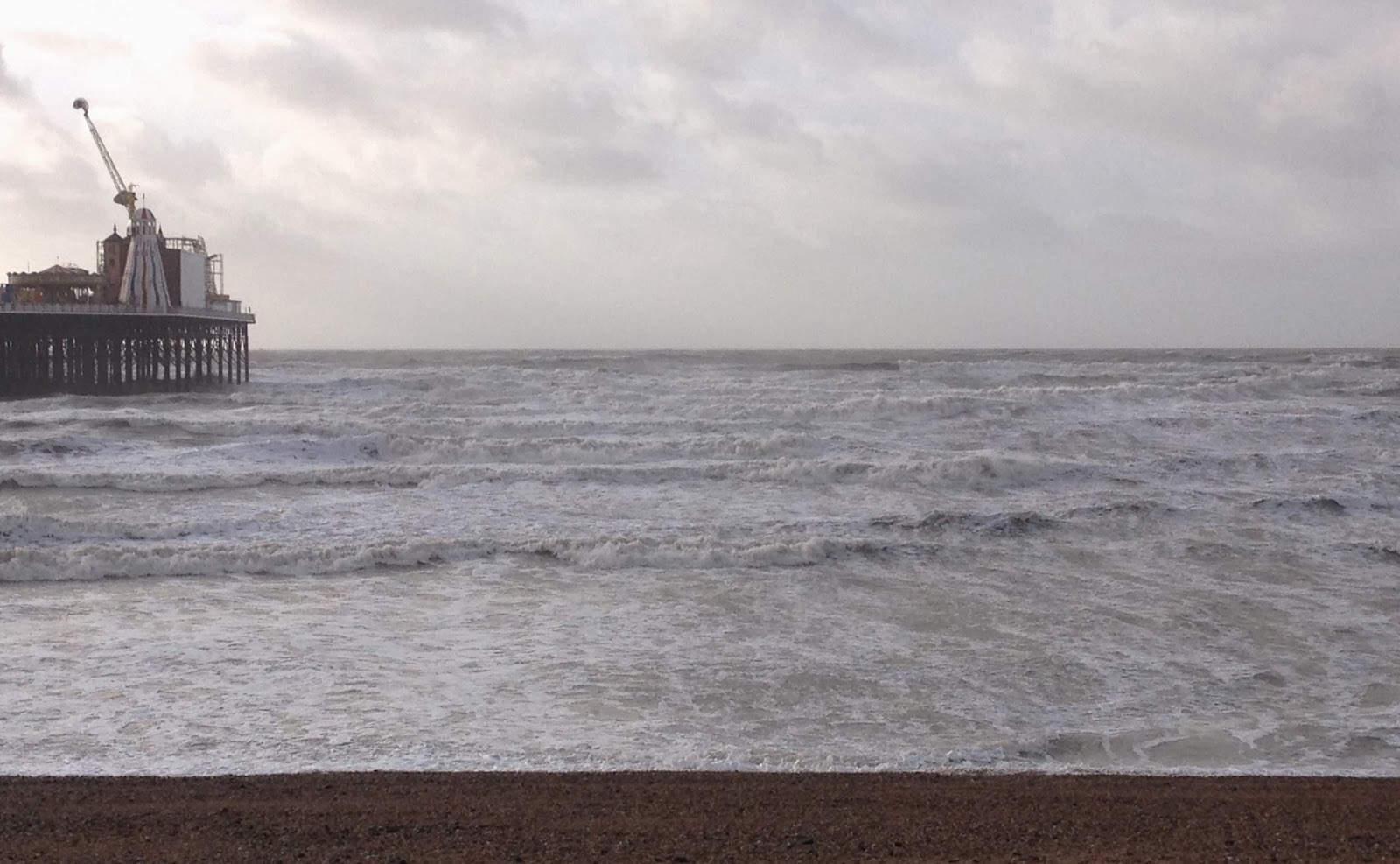