February 01, 2014
A slow and cheery start to Saturday. Off to Maplins, which is catnip for Lorraine, to buy a box which allows videos to be turned into DVDs via a computer.

Slighly unbelievably off to The Basketmakers again, where I introduced Lorraine to an old pal of mine Phil, had a really good chat. Lorraine left after a while to pick up a Video player for £1 from an ebayer in Brighton. (She has been busy looking at old videos and transferring them across formats. There are lots of videos of Beth dancing and performing as a child, which need to be transferred.)

Phil meanwhile talked about his first stand up comedian performance recently, and had a really good time doing it. and has also taken up boxing, which he also enjoys, for some reason. He says when people hit you hard you see stars. All a bit tough and macho for me. As a hypochondriac having people punch you in the head until you see stars is something I would run a mile from. He also told me about having run the Vic Reeves and Bob Mortimer fan club in their early days. A really interesting chat.

Enjoying a quiet beer there, Irish Tom (miraculously repaired) and Matt came into the pub, and I had a cheeky half with Matt after Phil left to go onto meet another friend.  As my top hat was already askew, and it being only 5:30 in the evening, I returned home and slept on the gold sofa for an hour. Lorraine then cooked some delicious food, and we sat happily watching TV in the evening.

Below a selfie taken by Phil of us the Basketmakers. Not exactly flattering of either of us. 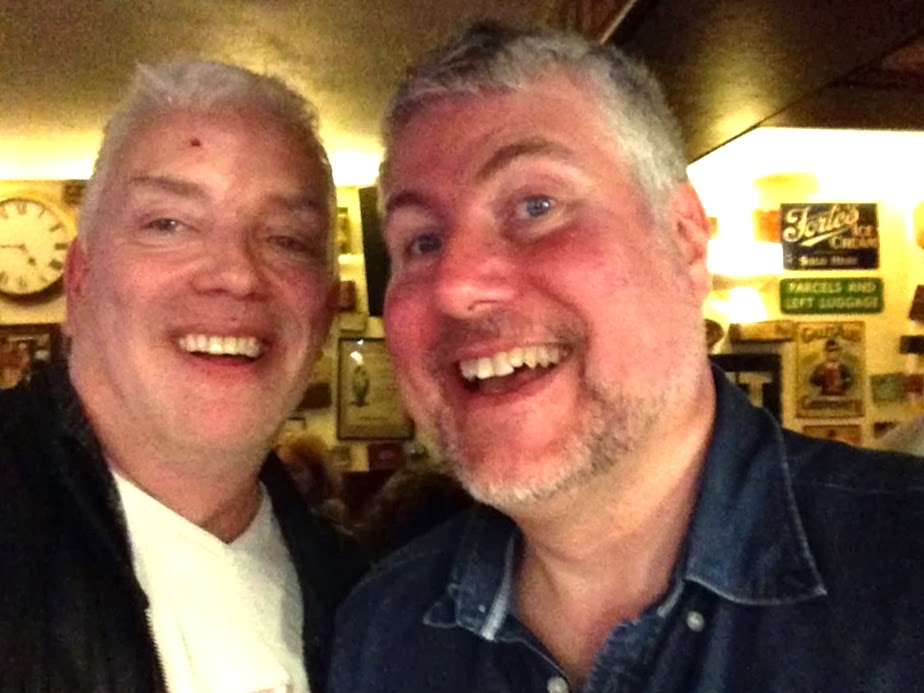