February 26, 2014
Irritated and out of sorts this morning. Up early and editing a press release for Sophie. Later a protracted conversation with her about a God awful brochure her client was proposing to use. Another call from the bastards pretending to be some kind of windows help desk. Worked on the book of course, and broke off to go to the gym, where I trundled on the cross trainer till my head got swimmy after about 25 minutes. A improvement that certainly improved my mood too.

The Frogmore Papers arrived today containing my poem Cicada. Finally at the fourth attempt this poem reaches print unmolested, albeit cramped on a page with another poem.

In the evening, after a chat with Lorraine, off to The Nightingale Theatre for a theatrical mingle. A small gathering, but interesting. Talking to a young Nigerian writer, an actor called Thor, a producer, and Kick a writer I'd met before, and Jules, who is trying to stage a play featuring Edith Sitwell. Additionally two guys working in the Nightingale's space devising a play about Orpheus gave us a talk about their working process which I found interesting.

After this cultural interlude I met Anton downstairs, who had returned to Brighton late from work and had a cheeky and enjoyable drink with him. Then home via Ace pizza having not eaten this evening. Lorraine still up when I got home, and had one of my slices and listened to me burbling on cheerfully.

Below just one of the distractions of the day: the critters known to the vet as Brian and Calliope Kenny bookending my desk and chattering their teeth at the gulls through the skylight above my head. 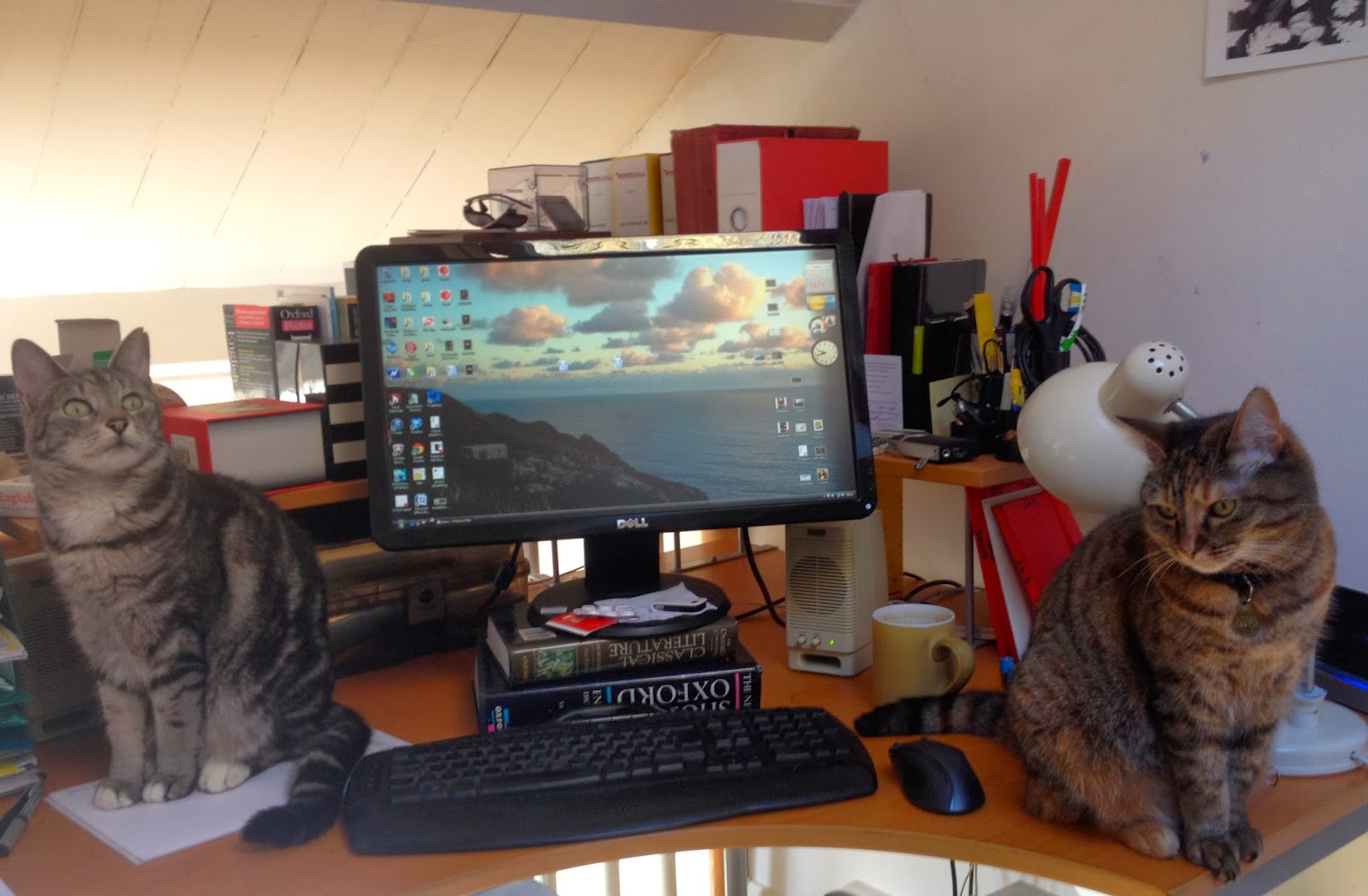