An afternoon with Carl

February 16, 2014
A slow paced morning with a hangover of my own devising. Had slept really badly too, having experienced a psychic call for help from Calliope. I think Calliope has The Shining. However off to the University, by cab with the driver telling us he was descended from Genghis Khan. Here Lorraine and I had a late breakfast and coffee with Jade and Sam in a cafe called Opposite.

After breakfast Jade kindly called me a cab, which took me on a scenic rather roundabout route to the Station and then off on the Trans Pennine Express to Manchester.  Here Carl was waiting, in a beany hat and reassuring me that he knew Manchester like the back of his hand. We wandered through the City Centre, me having to gulp a litre of water as I was feeling faint and dehydrated. Every time I visit Manchester it seems to become more impressive, busker singing Wonderwall and all.

We ended up in a pub and had a slow pint before he took me to a commercial art gallery. Going to art gallery's is always lively with Carl as He Knows His Own Mind when it comes to art, having got a degree in Art History. Then, for nostalgia's sake, we went to a Pizza Express, rather like the one that Carl and I used to go to Notting Hill when we were lads.

It did my heart good to see Carl.  Its funny how with old friends you just pick up as if you saw each other last week. Bit of a pivotal time for Carl at the moment, with changes in the business he set up and so on. Young Ellie, an astonishing 16 now, is going to study design at college. A good thing I think as she is passionate about her art and drawing.

Eventually after a good deal of walking about in the centre of Manchester we went to a pub that Carl had been to with Bob. I was by then however still feeling dehydrated and wussy, so simply had two pints of water. The landlady rather scornful of this the second time I asked for another glass of Adam's ale.  These made me feel a good deal better however. While we were in this bar one of an older group of Mancunians fell off his stool onto his back, but seemed non the worse for wear.

Fond farewells with Carl at Manchester Station, as he went back to Runcorn. I stood the hour  to Leeds in the crowded train reading the hugely enjoyable On Writing by Stephen King.

Lorraine and Sam met me at the station, and we went off to have some Mexican food, which was really tasty. Really nice time, relaxed and just hanging out and trying to guess the music playing in a within a few bars.

Back to the hotel a model of deportment and sobriety with my lovely wife, and grateful for bed.

Below Carl outside the Corn Exchange in Manchester. The view from our hotel room in Leeds. Proper northern view. 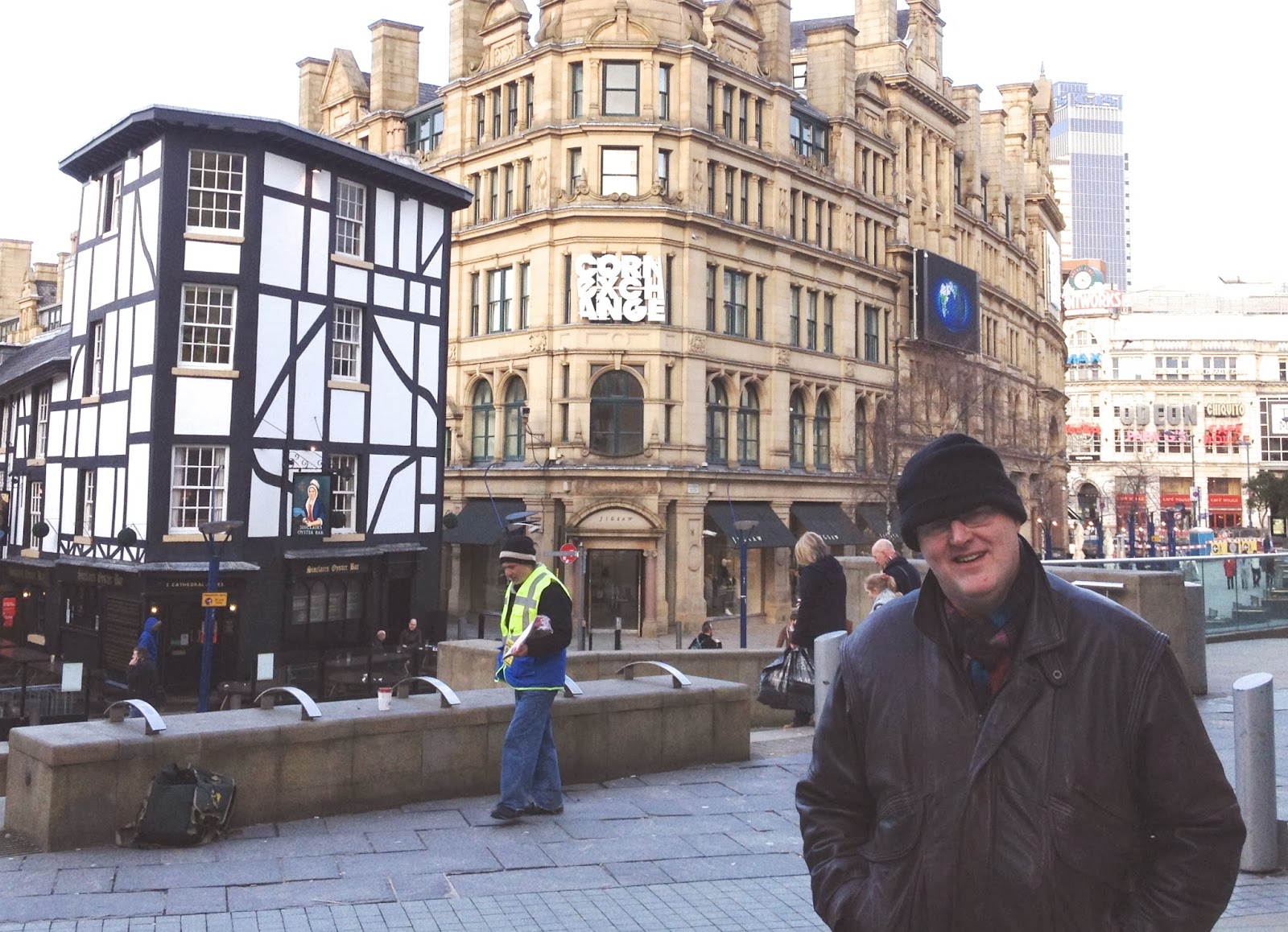 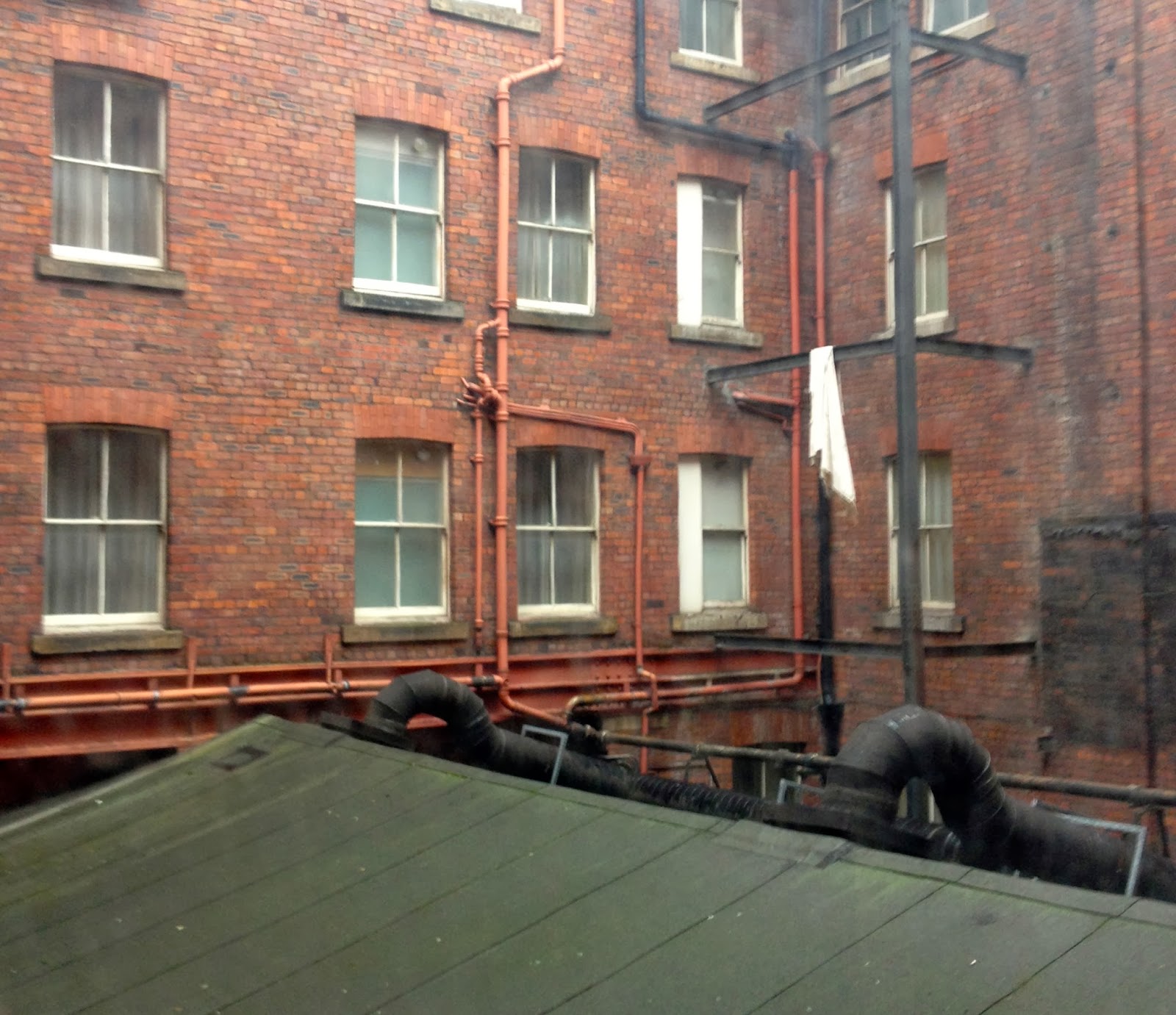