February 15, 2014
To Leeds today. Up early and we met Betty at the station, who thoughtfully stopped to buy us coffee, before heading off to teach. First leg to St Pancras, and we'd left very early  contend with delays in the after another stormy night. But we made it to Kings Cross with time to spare.

Caught our train and we had a pleasant journey, Lorraine found our Japanese boiled sweets, and I read On Writing, by Stephen King. About 25 minutes from Leeds the train stopped dead, as the overhead power lines had failed, due to the rain. An hour there before we made our way back to Doncaster. By the time we had reached there the problem was sorted, and we boarded a train which took us on to Leeds. A two hour delay in total.

However all good when we reached Leeds. Sam met us from the station and took us to the nearby Metropolitan hotel. It was really good to see him. A cup of tea in the room, before sloping off to a nearby pub. A few drinks there, before being joined by Jade. Eventually we made off to have a curry, in a strange half-finished sort of restaurant, where the doorknob had fallen off in the gents for example. An enjoyable evening, with lots of discussion about philosophy. I had a lengthy and slightly drunken (on my part) conversation with Jade about what is imaginable.

Home via the original pub, where we forced down another and entirely unnecessary pint chatting with Sam and Jade, before Lorraine and I repaired to the hotel.

Below: Paused at Kings Cross to take this photo. There was a queue of people waiting to have their photo taken too. Many of them Japanese. 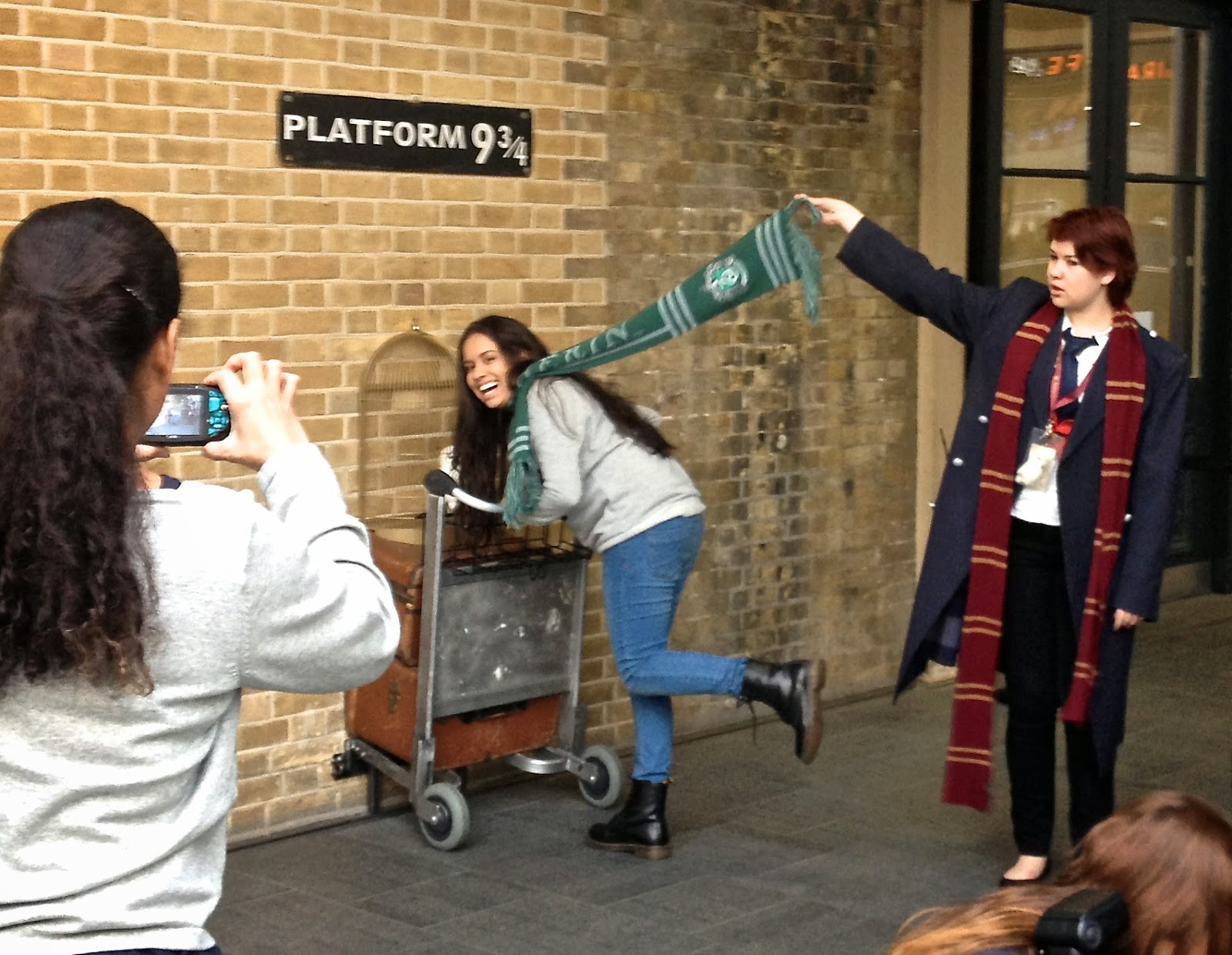