Happier today. Lorraine working from home first thing aided and abetted by Calliope. Betty popped in too for a quick chat first thing.

Otherwise Keith and I in Godot mode waiting for feedback that never came. Frankly I was just happy not to not be straining my bean, and catching up with things like doing laundry, gossiping with the owner of Choice Cuts, who had a wretched Christmas and new year in hospital. Also had a long conversation with the writer JO Morgan, while he was walking his dog. Flatteringly he could still remember my poem from the competition he judged (Formication, which he chose as winner). We are plotting an interview. Spoke to Anton who had been to London to look at Egyptian things in the British Museum, and Mum who was making off to the Waggon and 'orses. Then the utter luxury of an afternoon nap, before another reading the runes sesh with Keith -- when promised afternoon feedback did not arrive. Messaged with the Tobster too, whose thoughts are turning to a Mexican trip.

A walk this evening. A giant RAF A400M transporter plane flying low over Brighton and into Sussex -- a training flight apparently. A bit ominous given the times.

Below pearly evening light, and I was happy to be taking the cool evening air, Lorraine working at home in the morning being helped by Calliope, sitting illegally on the table. 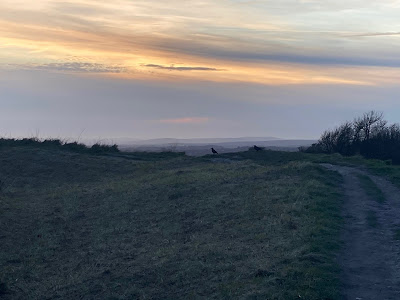 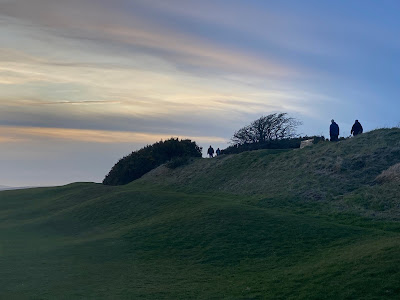 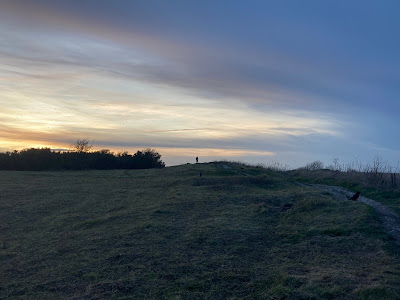 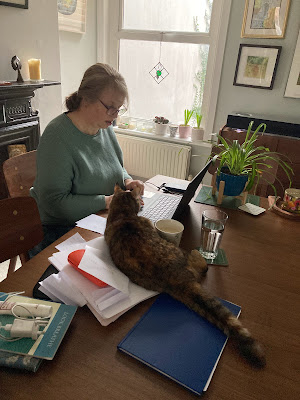