Monday, and the heat has set in. It is so called Freedom Day, another asinine decision by the government where anti maskers and others can cast aside all protection just as the infection rates are escalating out of control. Admittedly deaths and hospitalisations still lower than they were, but the country is set to become a petri dish for new variants. Other countries are watching closely.

A briefing from a friendly team in Munich -- a tsunami of details and no clear path. A meeting last thing, it became clear they want me there to work out what to do about it. Not exactly the last job before my hols I was hoping for.

Otherwise I went for a walk up to Hollingbury Hill, there was thunder to the north rolling along towards Lewes. Some lovely clouds, and great to hear distant thunder, which I love.

Lorraine off to work, and back home in the afternoon still feeling a bit rough and slept all afternoon. It seems a new prescription can bring on feelings of nausea for a bit. We watched a terribly derivative SF film on TV called The Tomorrow Wars.

Below the clouds were great today. Two sky shots, in glorious glowing black and white 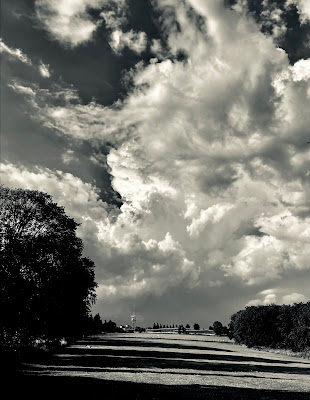 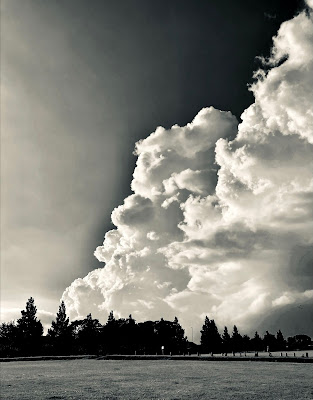