November 30, 2017
Woke up on time, as I had remembered to set my alarm. James, who had morphed into a guardian angel last night, had arranged for everyone to have a wakeup call in the morning too. Up and dressed, and downstairs for a large breakfast. I was personally feeling fairly dreadful, having only had a few hours sleep and way too much to drink. These things are a matter of degrees, however, as some of the team had only been back at the hotel for a couple of hours. James went up to Dan's room and physically dragged him into the shower, to get him up. Cars arranged to take us to the airport. Snow on the ground. I was in the need of a good deal of water.

The flight, from my perspective, abominable. Hungover, exhausted, too hot and as a consequence very edgy. Worst moment was going to the toilet, standing there noticing how much weight I had put on in the last few week, and then getting several searing chest pains. I looked into the mirror and thought, this is how it ends. I always knew it would be on a plane. However after a large burp, I was somewhat better. Extremely happy to land. Fond farewells to everyone in the airport, then the long journey home from Heathrow. Tubed to Victoria, then bought a pasty at the station and a cup of tea, which I consumed on the train home. The pasty bringing on another session of stabbing chest pain. A taxi home, where the taxi driver told me off for yawning as he had only just started his shift. Home a bit before five. Thank God.

So happy to see Lorraine and we ordered a delivery Indian meal, and sat on the sofa chatting. Calliope sitting on me constantly since I returned. Then, gloriously, into my own bed, with Lorraine with me and no more work to be done. Last glimpses from the hotel of Vienna, and an industrial area on the way to the airport. 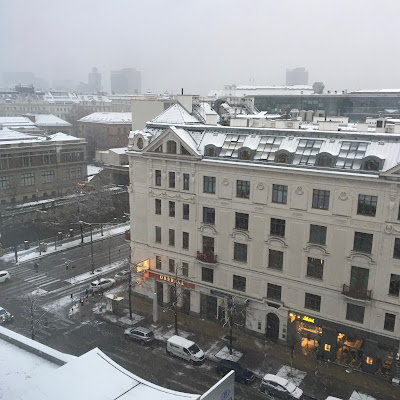 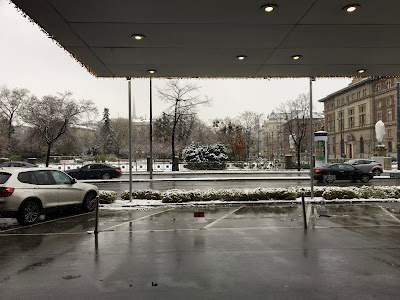 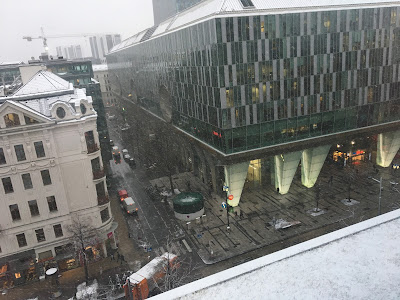 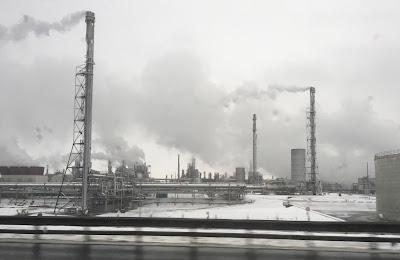