A walk in Autumn woods

November 05, 2017
Up a little earlier today, and Lorraine and I determined to head off out into the country to go for a walk in a wood. We ended up going to the place we normally see bluebells in, and there was hardly anyone there. A bit squelchy but still very beautiful. I felt a bit wound up this morning, but walking through the wood and talking to Lorraine made me feel much better as usual.

We drove home, pausing to buy a chicken and some eccles cakes to consume with coffee in the afternoon. Lorraine then did some preparation for school next week, and I found another agent to send my Children's book to, as the one I've sent it to has not responded to either the original MS nor my follow up.

I found I had one a tiny poetry competition, which was nice. I will be sent a free book. The judge was J. O. Morgan, and I asked to be sent his new one. I have Interference Pattern, his last one, which I saw him read from in the last T.S. Eliot awards. Fairly pleased with this, as the theme was dreams and I sent in one of my brand new short poems, called Formication, (which is the word for when you feel like you have ants running on your skin). Pleased that someone liked some of the new poems.

Spoke to Mum and arranged to stay with her and Mas this week, and to Janet. Ken still in hospital, but not feeling as horrid about it as he was last time.

A Sunday roast chicken, then we watched the first episode of the new series of Stranger Things.

Below snaps from mooching in woodland. Lorraine like a wood elf, and just general trees. 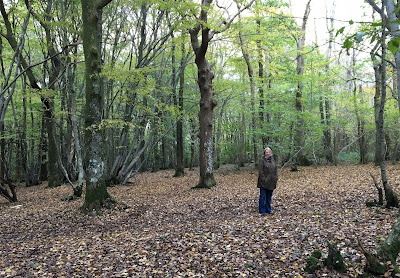 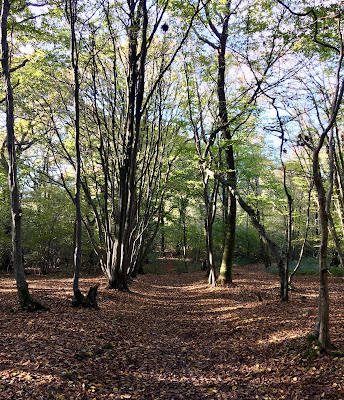 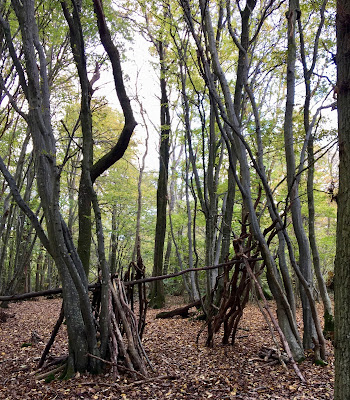