Bank Holiday Monday ...  I made breakfast and cups of tea which Lorraine and I scarfed in bed. As it neared 12 noon, however, it was clearly time for yet another beer. So I strolled down to The Park View where Rick around the corner was waiting. We surged in to the table and spent the next ten minutes downloading the app to order the beers and food. You scan a QR code, which takes you onto the app, where you have to find the right pub, and complete your details and then order, summoning a barmaid bearing a wholesome Guinness for me and a coke for Rick. So much easier than asking someone for a beer and being given one.

We waited for Ben to arrive, as the drink had been his idea. However wires had been crossed, and it was only after a text and a call did he arrived much later on his bicycle having been wrenched from his bed, having spent the previous day labouring for a friend. A good laugh was had, albeit in a pretty fresh wind. And although I had taken the precaution of wrapping up in several layers, after a plate of fish and chips and a couple of beers I was cold again.

In the afternoon Lorraine, Jade and I went for a walk in our usual bluebell wood carpeted with the mystical blue hazing into the distance and the nice pepperiness of their smell.

Home and we watched a Thor movie this evening, something about dark elves borrowing from Tolkien films and a spot of Star Wars. They are cheerful and undemanding, however, and the dialogue and characterisation is fun.

Below fun among the bluebells. 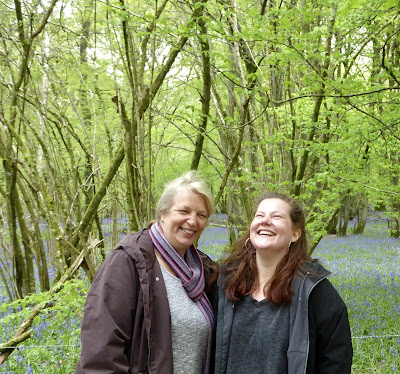 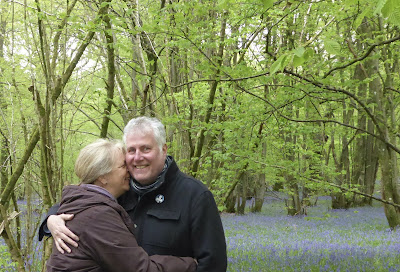 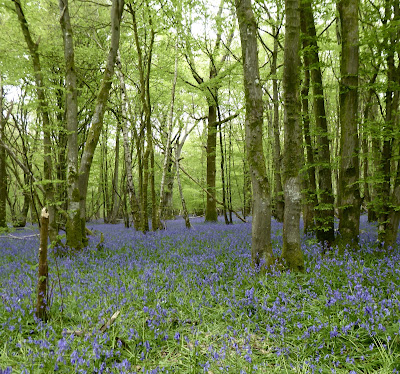 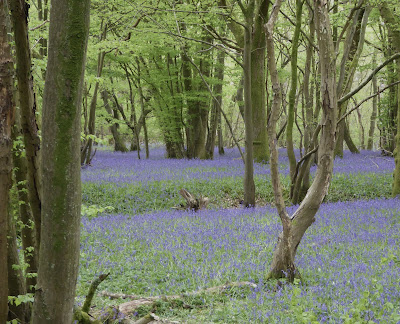