The ring is cast into Mount Doom

I got up in the night for a couple of hours, thinking about Charlotte's book had released a few ideas of my own which were spinning around in my head so much I just got up to write them down so I could get back to sleep again.

A peaceful day. Lorraine is finding that Saturdays are recovery days for her. We had a nice walk around Blakers park and into Preston Park. A warm and sunny day. I read a little this afternoon, and Lorraine and I watched coverage on rolling BBC news about Biden and Harris victory, and the hilarious events around the press briefing in Philadelphia, where instead of booking the Four Seasons hotel, for the Giuliani's idiotic defence of Trump, and casting unproved aspersions on the voting process, the found themselves in the carpark of Four Seasons Total Landscaping, after a booking cockup. Hilarious. More hilarious was the fact the Landscaping outlet was next door to an adult bookshop selling dildos etc. and opposite a crematorium. You couldn't make it up.

However the US electorate has cast the ring into Mount Doom, and the orange Sauron must eventually slink off to his eighteen holes, attempt to avoid prison, and eventually wither in his hall of mirrors. What lasting shame on those people who enabled him. Biden and Harris sounding like adults, wanting to include everyone in the US. The tone is like light after four years of darkness.

A restrained celebration of this good news in Kenny Towers. 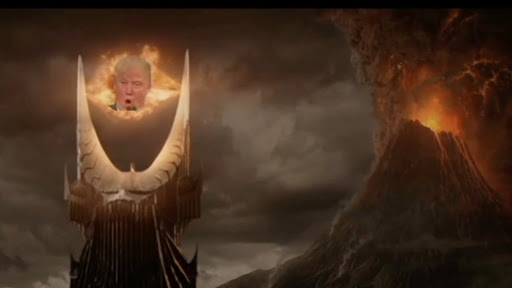