November 06, 2020
Just as we were going to sleep last night we remembered that our kaput clothes drying machine was being collected. Up very early today, then, and Lorraine and I had to drag the blinking thing out of the dungeon onto the street. My plan was to meet Innis for a stroll on the beach, but had to biff this, having to wait to pay the collection people who turned up after 11: two young lads on a lorry, one of whom tripped over on the path and swore volubly as if it were my fault.
This done I set off for a walk, but ten minutes in had to turn back for home again, as a delivery had been left outside. I popped the box in and turned back, but walked through the woods to ascend to the hill by a different route. Meanwhile I was listening to a series of lectures in the Great Lectures audiobook series, on CBT, and found this rather interesting. By the time I had reached the Hillfort, and stood in the sun, looking at the sun sparkling on the wrinkles of the distant sea, and the high downs either side of me under a deep blue sky, I had one of those mystical moments of elated connection, and felt a momentary certainty that, despite appearances, everything was right with the world.
Also very pleased with the news that Joe Biden and Kamala Harris are poised to see off the malefic Trump, catching up and being poised to outstrip him in several states. He can still create evil in the world, and seems set to do all he can to undermine democracy and provoke rebellion among his deluded supporters, but if the poster boy for populism is going to be overthrown, we are on the brink of a happy day for the world.
Home and I gave the rest of the day to reading. I re-read from cover to cover Charlotte Gann's The Girl Who Cried. I had not been in the right mental space for this before, but I love this book, and some of the poems in it are so moving. There is nothing artificial in how she writes, and nothing dishonest.
Texted Ben Conti today, as it was his birthday. Then spoke to Mum for the best part of an hour, and was very cheery when Lorraine got home. I collected a curry from Red Chillies, and it was Friday, and Lorraine had made it through another week.
Below are snaps from the Hillfort, and the bottom one of the north facing hill fort wall. 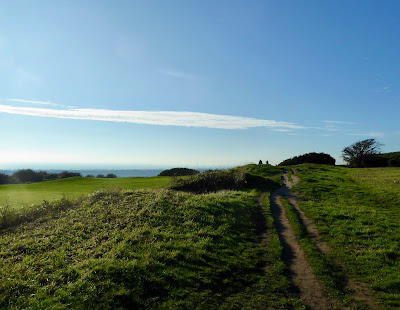 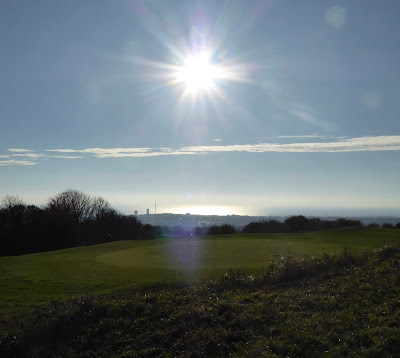 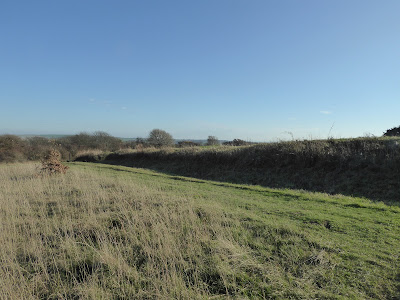