Valentine's day. I got a card from my lovely. Annoyingly, I was only able to find the card I had bought for Lorraine two weeks ago, shortly after she had left for work.

Reading Poetry Nation Review and The Rialto to talk about on the podcast first thing, then Robin and met for an hour or so to record. Also a good chat about poetry. Listened to these later in the day after Robin had done some editing.

At clippers barbers I noticed, as Stacy took infinite pains on invisible hairs, a little plastic Speedy Gonzales on his bench. I didn't ask him about it, but enjoyed my private speculations. A bagful of wool on the floor after he was done. Walked back through Preston Park. The lightest of rain that dusted the area of concern also produced a fleeting but complete rainbow.

A bit of freelance lined up for tomorrow. Good for the coffers, but not making my soul sing.

My left knee is a bit swollen. No idea why, came on a few days ago. Reminding me of the feeling it had before I had my cartilage operation. I am trying to ignore it, as this is traditionally the time of the year for assorted ailments and gyps. Energy and optimism in thin supply.

Spoke to Mum whose street had experienced a power cut last night. Luckily Mum had candles. Anton called after a bit of a nothing weekend. He is still mad for yoga though, which is excellent.

A quiet night watching pottery on the TV.

Much tension internationally over Russia's intent to invade Ukraine. Talking about it with Lorraine this evening... My theory is that Russia won't invade. The west's disarray and leadership vacuum has been truly exposed, and Europe's dependency on Russian oil laid bare. Leaders have made it all about Putin for the last few weeks. Geopolitically Russia needs access to the Black Sea, which they now have. Also Russia has supported Brexit, weakening Europe, supported Trump, rubbing salt into American divisions and undermining democracy. They are winning hands down. I can't see why they would invite a nasty bloodbath, unpleasant economic sanctions and the effort needed to occupy an unhappy populace. Perhaps I am being too optimistic. 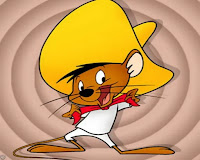