An interlude in the new forest

Up and slowly getting ready for the off. Breakfast with Rosie and Innis, with bacon and mushrooms and croissants which was all rather nice. Asking them about their early memories. Once packed, we left the Captain's Haven and made off north driving towards a rainbow which appeared to touch the road into the Forest. Had a bit of a squelchy rain-dodging scamper about through trees for a while with Pippi wearing a little coat and enjoying herself almost as much as Innis in his big wellies.

From there to a pub, which turned out not to be open till the Summer, and Rosie had booked it online but the one she booked by the same name was near Bath. However a lovely woman, the future publican came out, and booked us a table at a nearby pub called The Gamekeeper, which was friendly and fixed us up nicely with Sunday roasts. Unexpected enthusiastic roaring at the France V Italy rugby game which was on in a big screen.  I enjoyed two pints of a lovely light beer called Horizon.

Fond farewells with Rosie and Innis, and we drove home from there. Lorraine fighting to stay awake on the drive back, so I had to keep talking to her. Once home we found Sam in good spirits and the cats well looked after. A really nice interlude.

Toby called and we had a nice chat before Lorraine and I sloped off in a tired way to bed.

Below, and interlude in the New Forest. 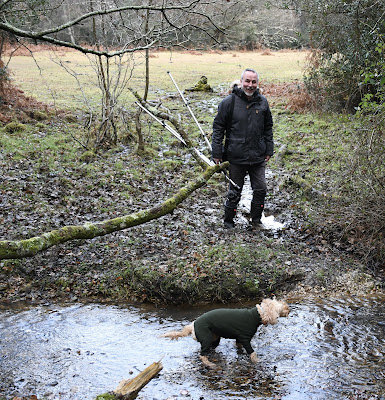 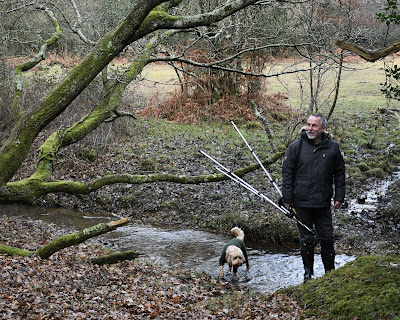 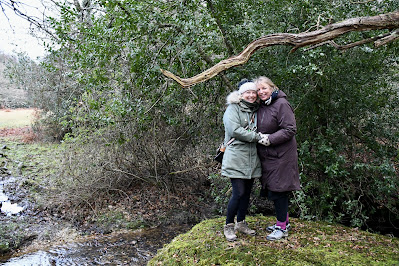 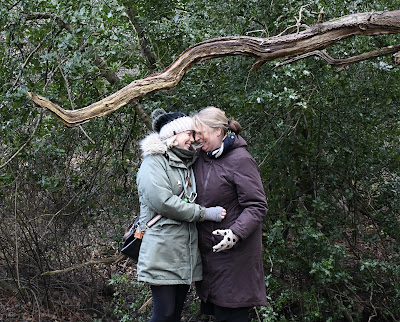 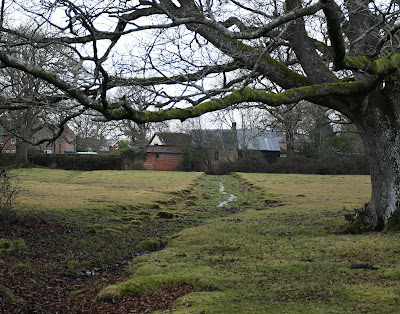