An abundance of flowers

Up early this morning with Lorraine, as it was her school's sports day, and she had sprint off.

I found I had been tagged on a post by a former colleague called Chris who is now a UK Group Managing Director of some agency posting a link onto LinkedIn to an animation about introverts and tagged me. He wrote I often felt that being an introvert was a bad thing, in part that was regularly the feedback I was given. But that changed in 2005 when, as part of my annual appraisal, a creative director I worked with wrote this: 'in a world where people are often on broadcast mode, Chris actively listens and is visibly growing versus his peer group as a result'. That simple sentence from Peter was the first time in my career that someone had positively recognised my intervert character traits. It was an important and powerful moment for me. Quite remarkable to have a callback to 2005 like that, and it reminded me that once in a while I get things right.

Was contacted this evening about some urgent help needed on a job, so it seems I shall be dusting off the freelance again tomorrow morning.

Otherwise I continued to work on the poetry manuscript, which I have been doing all week. Making some real progress. A long walk this afternoon in the sun, which put me into a positive mood. And I came back and began editing my interview with the talkative Rishi.

Jade has fixed a date in august to move to  St Andrews, and has found some nice accommodation. Sam will not be joining her immediately.

Sat outside in the sun, in our 'Taverna', at teatime, with the first cold beer of the week and a couple of books taking notes, before I went inside to cook a crowd-pleasing veggie chilli. Lorraine home and sat with me briefly, with a successful sports day under her belt, and sore feet.

Spoke to Mum, who had been having words with the next door neighbour again. She has a hospital appointment tomorrow.

A spot of football tonight. France v Portugal, an absorbing encounter. Seems England will be playing Germany at Wembley in the next round. What could possibly go wrong?

A few snaps from my strolls an abundance of flowers ... A gleam from a window, and a gleaming corvid. 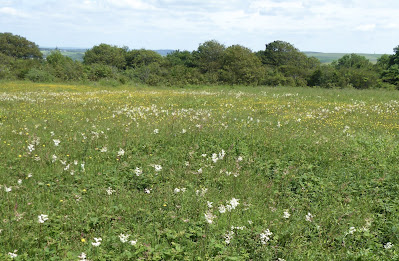 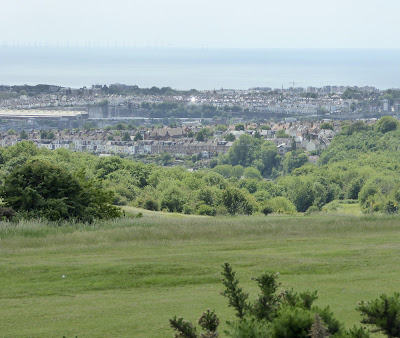 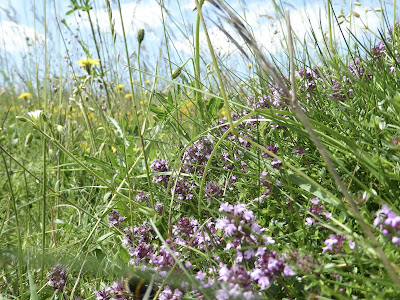 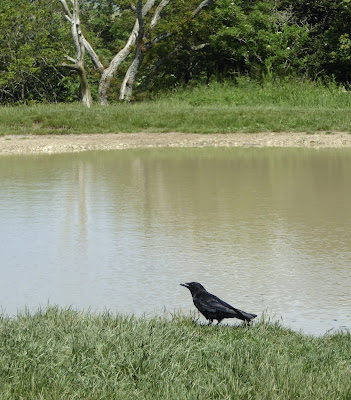