October 26, 2017
So today was our wedding anniversary. Getting married to Lorraine clearly the best thing I've done.  I took my snoozing lovely a cup of tea and a card, and then melted away somewhat regretfully into the mizzley morning. Journey to Victoria fine, despite leaving a little later. The circle line doomed at Victoria, however, so after failing to find another way to the office I had to get a taxi. I was late, but luckily there had been a fire drill, and staff were outside on the street, so I cleverly blended in with them and nobody was any the wiser.

Work okay. I have realised that the way they want me to write for this project is in the tone of completely soulless corporate guff. Now I have understood this, the job should be fairly straightforward. The chief pain of it, will be as we get nearer the event, I will be called on at all hours to update copy and help with presentations and so on, which I think I can cope with.

Home, at last, and Lorraine had prepared us a romantic three course meal, to celebrate our anniversary. We ate by candlelight sipping a bottle of Blanquette and talked. A salmon and ryebread starter, followed by the best chicken and leek pie you can imagine, roast potatoes and veg, and then a chocolate pudding. Very romantic it was.

To bed, with one more day of this week to go.

At lunchtime I bought a wrap from a stand in the Paddington Basin, a built up area around the canals, which has little plazas and squares, then took a walk in the persistent mizzle and walked about the beautiful Autumnal canals nearby, in Little Venice. The Venice comparison a bit of a joke (see also Burton on the Water, " the Venice of the Cotswolds), but it was very pretty nevertheless. A gorgeous little escape. Below pictures of some public art, two men either end of a metal track, one walking another waiting. And then snaps of the canals. 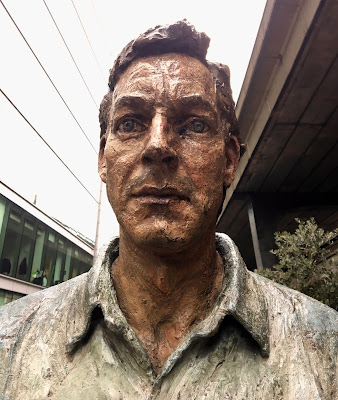 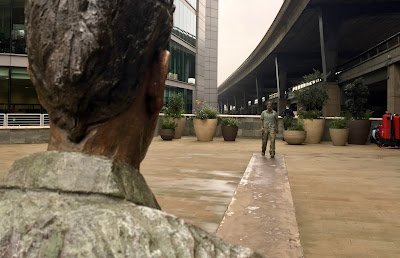 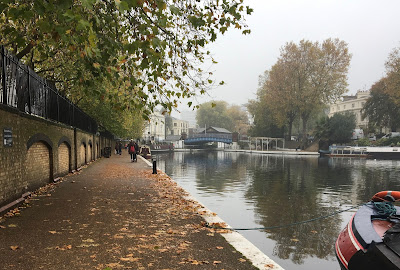 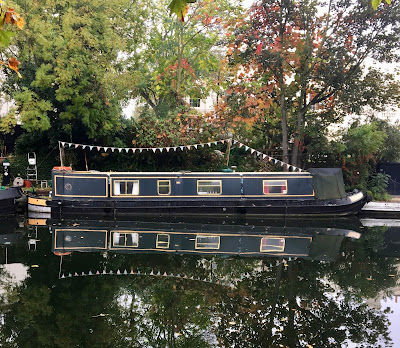 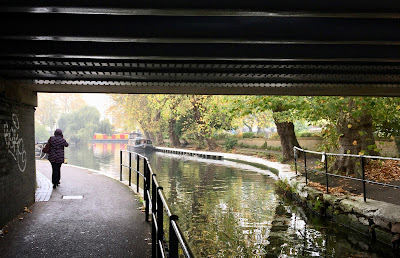 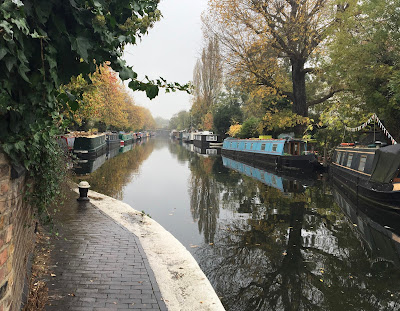 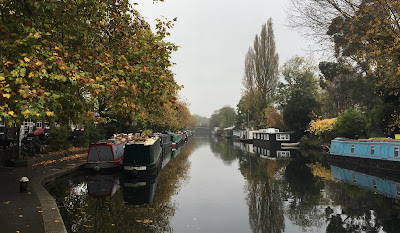 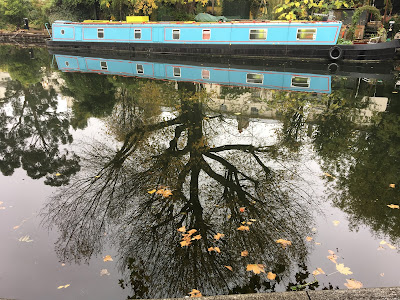