Room with a view

October 09, 2017
Lorraine and Clem the next door neighbour found an expensive bicycle abandoned in the middle of the street this morning. It has been reported by the police and is in our house now.

Trying to work on my own stuff today, but very preoccupied by the meeting this afternoon in London with agency I've been negotiating with near Paddington station. I seem to be going to Paddington lots lately. The meeting was bumped for an hour and a half till 4:30. Having to wait all day for it gave me plenty of time to brood, especially when the pop-in for a chat with the head of copy, turned into a semi formal three-person interview. Waited in the lobby for 20 minutes too. However the folks I met were all really nice. I escaped just before six and came straight home. I will find out tomorrow if I they want me.

Lorraine and I watching the new Star Trek this evening, and drinking hot chocolate. Then to bed early. We're so rock and roll.

Below while I was waiting for the interview, having been brought up to the room, I had to snap the view out of the window as an exemplar of uninspiring city views. Also snapped the London street called London Street. 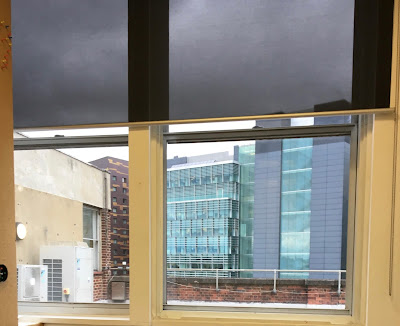 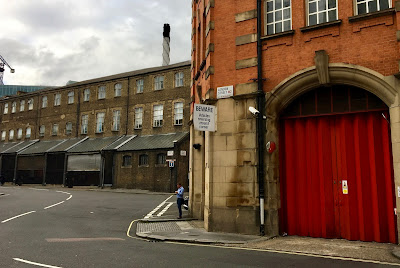